Music star David Adeleke popularly known as Davido has said that he will not abandon his former signee Lil Frosh.

The DMW boss made this revelation in his response to an appeal from rapper Oladips to forgive his signee Lil Frosh over domestic violence allegations against him as he fears it might be the end of his career.

In response to his plea, Davido made it known that Lil Frosh is his brother and would not allow him suffer while he is alive noting that he is not the one to forgive Lil Frosh but his girlfriend. 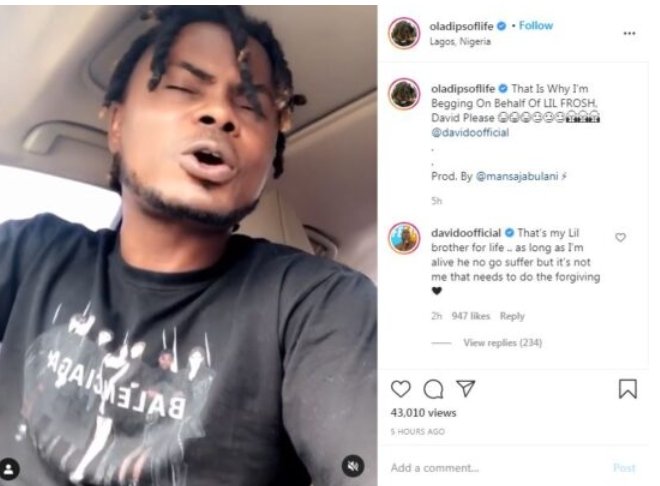 He wrote; “That’s my little brother for life, as long as I am alive he no go suffer but it’s not me that’s needs to do the forgiving”

Recall that Lil Frosh’s Contract with DMW was terminated after he was called out for physically brutalizing his girlfriend Gift Camille. According to the label, after an internal investigation was carried out, they had no choice than to terminate his contract as the label also frowns at domestic violence.