Popular Nollywood actress, Anita Joseph comes under heavy criticism after a video of her husband massaging her feet at an event surfaced on the internet. 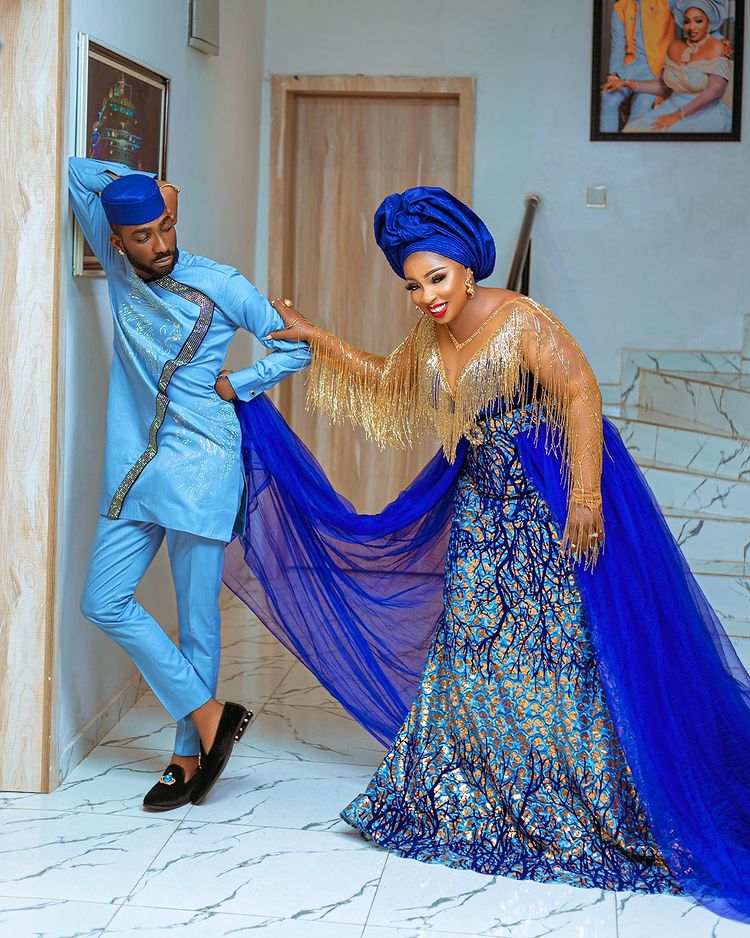 Tha actress who has often been dragged for flaunting her marriage too much on the internet gave trolls a reason to talk once again.

Read: Daddy Freeze –Davido gave out his money for Rolls Royce to the needy while pastors use offerings to buy Rolls Royce

In the video making rounds on the internet space, MC Fish was spotted massaging and kissing the feet of his wife. 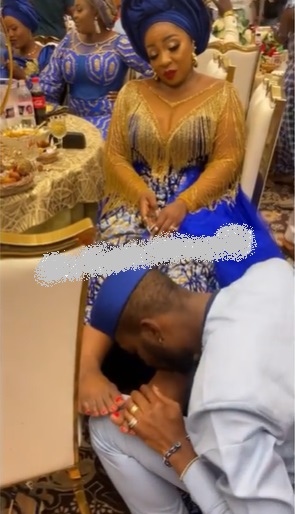 “Love should not be one sided, don’t make it look like he is your toy, sometimes worship him in public too, most of your videos, it’s all about him playing the fuul…show people you can be a fuul for him too,” a concerned fan wrote.

See her reply below … 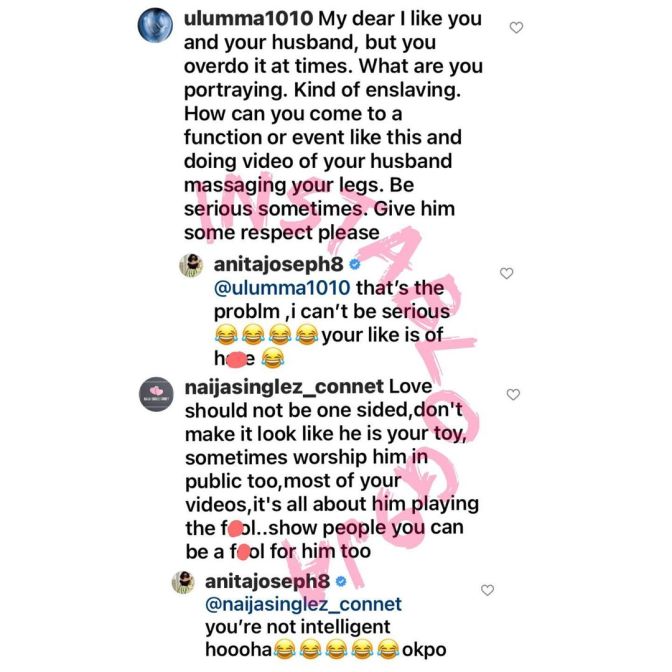