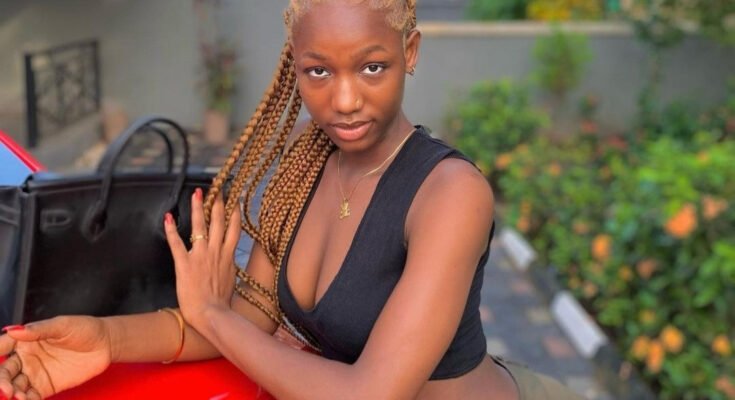 A female Nigerian disc jockey, Michelle has been found alive, after she was reported to have drowned days ago at Lagos beach. 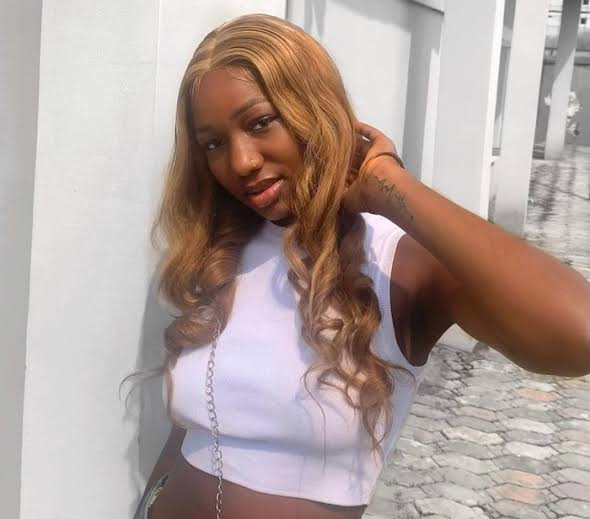 Earlier reports in the media, had alleged that the disc jockey died after drowning at the beach, and several people have taken to social media to drop their condolences.

However, her sister Stella who raised the alarm on Thursday, went on Instagram live to show DJ Michelle who was retrieved from the water.

Read: Die-hard fan of Davido breaks down in tears over her inability to support singer’s birthday dream

In the video, surprised eye-witnesses were hesrd saying that they haven’t seen such a thing before. Someone in the viral video also stated that no one has ever been recovered from the beach alive, with others telling DJ Michelle to be grateful to God. 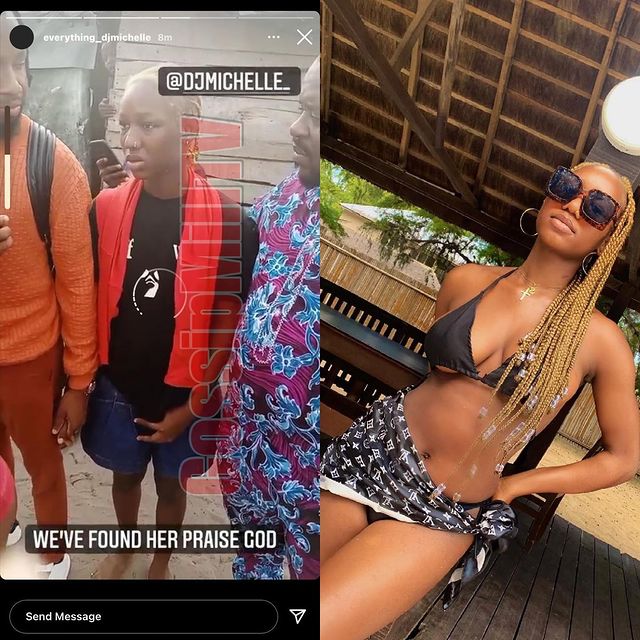 Watch a video of her posing with a fellow colleague, after her reappearance below:

However, the latest development has led many Nigerians to react happily, to the news that DJ Michelle was found in good shape and alive.

Reacting to this, singer Small Doctor took to his Instagram Stories to write;

“And A Baby Girl Was Found Alive 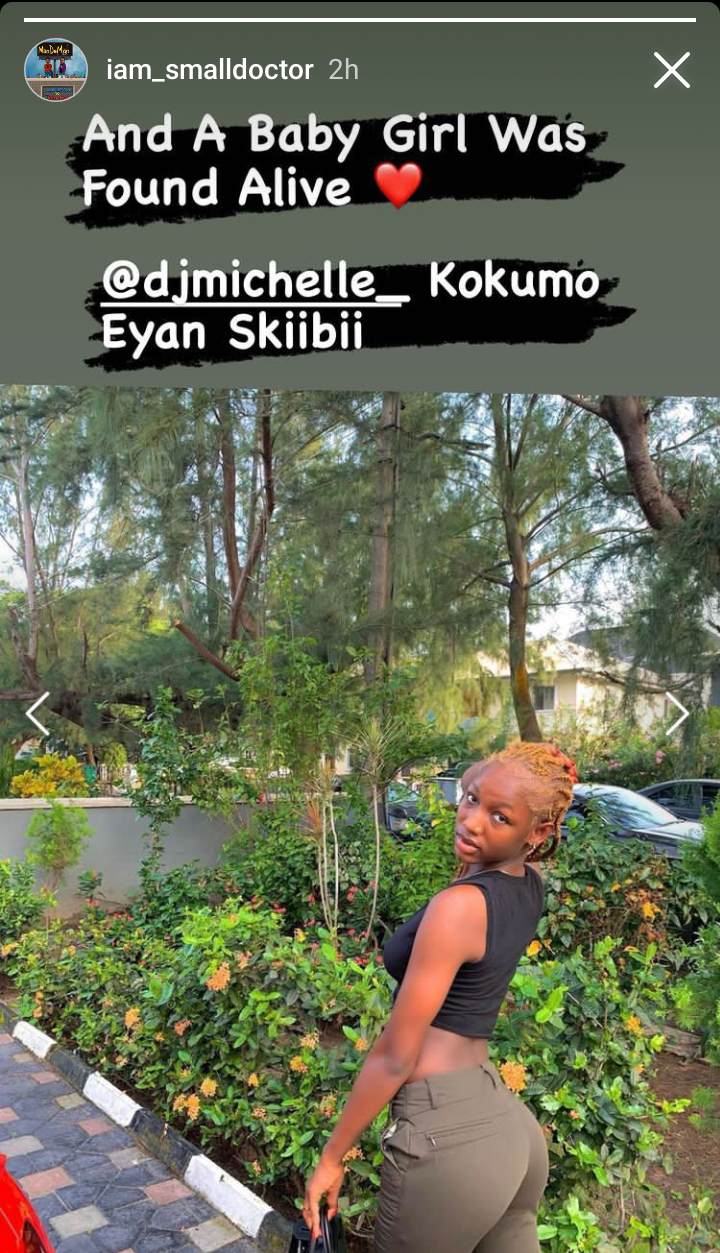