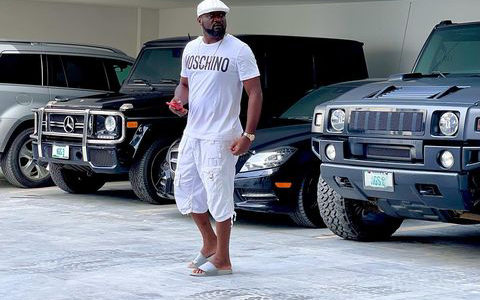 Peace looms as the popular Afrobeat singer, Peter Okoye and his brother, Jude Okoye reportedly follow each other on Instagram. 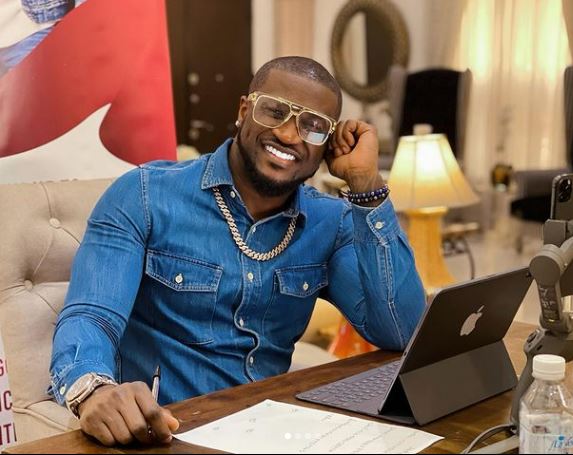 Things seemed to have begun to take a favourable turn after Peter Okoye took his twin brother’s kids shopping recently after a long period of being at loggerheads with each other.

It was also alleged that Peter and Paul Okoye followed each other on the photo-sharing app a few moments later.

Read: “Bitter souls are always stagnant” – Destiny Etiko fires back at haters trolling her over fleet of cars 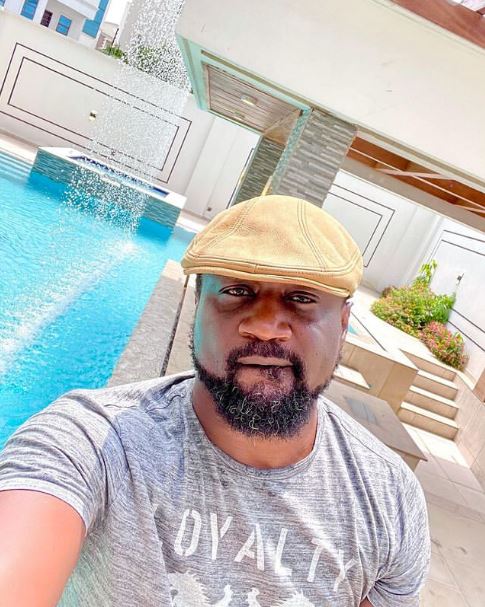 However, speculations about a peaceful trio have been strengthened as they all seem to have put their differences behind to give harmony a try once more.

Check out screenshots below: 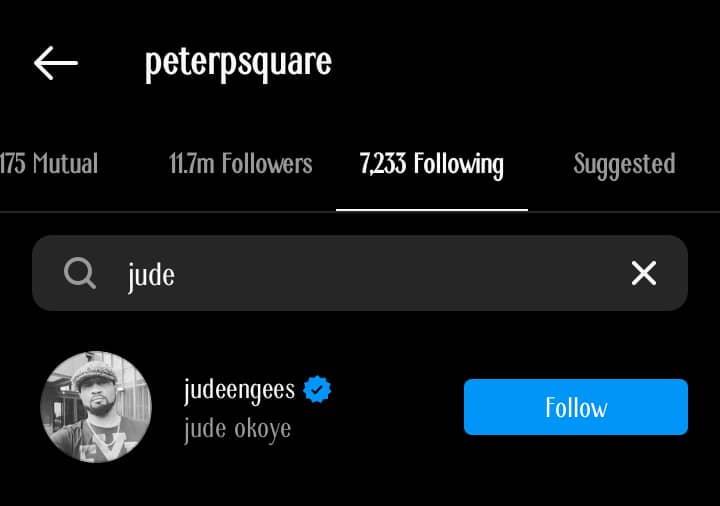 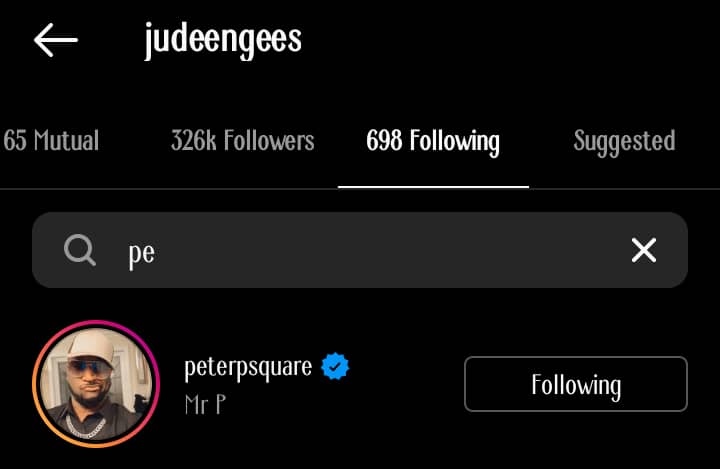 Watch: Jude Okoye and Peter follows each other on IG