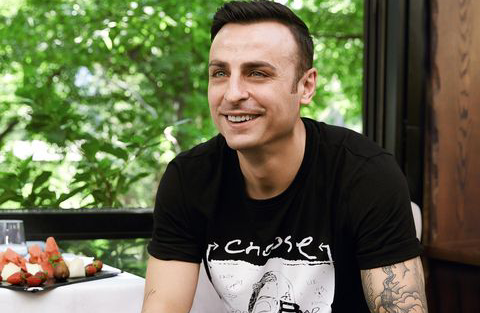 Conte is among the favourites to take the job, and Berbatov would welcome the Italian back to the Premier League.

In an interview with Betfair, Berbatov stated that Conte, ho delivered the League titles for Chelsea and Inter Milan has what it takes to transform United into a winning team.

“The latest reports are saying that Antonio Conte is open to taking the United job if it becomes available,” Berbatov told Betfair.

“He made Inter champions and he made Chelsea champions.

“Conte has the record and the reputation of working hard, I heard that a lot of times.

“He has been to England and done it, winning the Premier League.

“He is the name that everybody is talking about at the moment and maybe some people are saying that, United need this disciplinarian approach, to tell them exactly what the manager expects of you, if they’re not doing it, bench. Maybe they need that from time to time?

“Louis Van Gaal was similar to Conte in this way, discipline is the number one priority, but he was also successful and won the FA Cup.

“Conte has all the results and reputation behind him to know how to handle things at a big club in England. He’s probably number one on their list.”