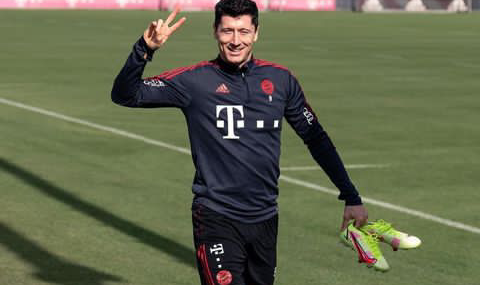 A leaked image of the 2021 Ballon d’Or has surfaced on social media which has Bayern Munich Polish striker Robert Lewandowski as the winner.

In the aforementioned image, Lewandowski leads the list with 627 votes, PSG star Lionel Messi is in second place and Real Madrid striker Karim Benzema is in third.

Cristiano Ronaldo is in ninth and Luka Modric is 12th. The highest ranked Spaniard is Barcelona’s Pedri, who is 18th, surpassing Neymar by one place.

The pair who are tipped to dominate world football over the next decade, Kylian Mbappe and Erling Haaland, are sixth and eighth respectively.

Something similar happened in 2018 when Luka Modric won the Ballon d’Or, where a list was leaked that got each position spot on.

The result for 2021 is already decided, because the voting has closed, so now it remains to be seen whether this list will prove to be correct on November 29 when the results are announced.