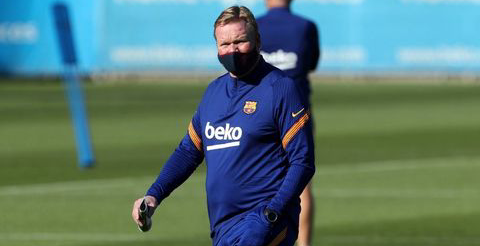 The club confirmed Koeman’s sack in a statement released on their official website on Wednesday night.

Barca have picked up just 15 points from 10 games in La Liga and have already lost twice in the group stage of this season’s Champions League.

They are ninth in La Liga, six points adrift of leaders Sevilla after losing at Rayo Vallecano on Wednesday.

The loss was Barca’s third in their last four games and it followed defeat in Sunday’s Clasico to Real Madrid.

“Barcelona has dismissed Ronald Koeman as coach of the first team tonight. The president of the club, Joan Laporta, has informed him after the defeat against Rayo Vallecano. Ronald Koeman will say goodbye to the squad this Thursday at the Ciudad Deportiva.

“The FC Barcelona wants to thank the services rendered to the entity and wishes him good luck in his career.”