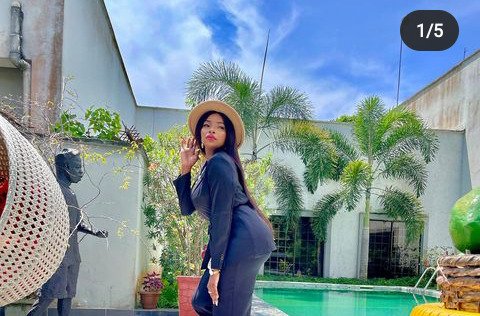 Reality Tv star, Wathoni, has revealed why she can never take acting as a profession.

The mother of one, during a question and answer session with her fans on Instagram, was asked why she has refused to take acting gigs despite being good at it.

In response, Wathoni revealed that she has tried many times but it isn’t working for her.

According to her, the industry is corrupt, adding that women use their bodies to get to the top.

“It’s quite unfortunate because I have tried a lot of times to get Into the Industry.

“Sadly, in this part of the world your body is what helps you in that Industry,” she wrote.