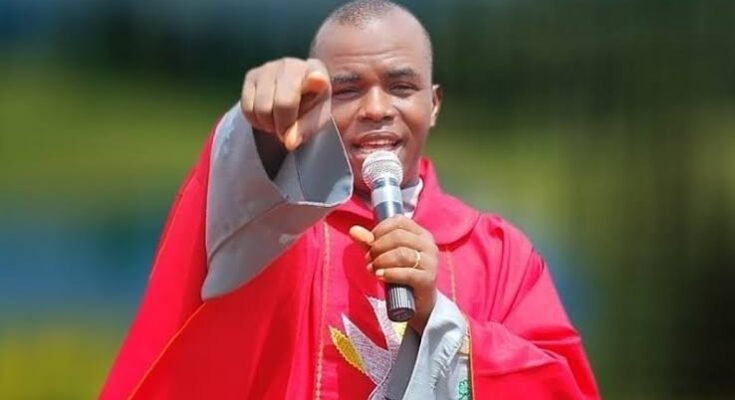 Following the altercations between Enugu Catholic priest, Rev Fr Ejike Mbaka, and the Federal government, Vanguard was informed that Bishop of Enugu Diocese, Most Rev. Callistus Onaga, invited Fr. Mbaka to the Bishop’s court which he honoured on Tuesday.

Mbaka reportedly hinted his faithful about the invitation and when he got to the Bishop’s court at about midday on Tuesday, he called his sides that he had gotten there, and ever since then his phones went off.

Worries went around the Catholic circle about Fr Mbaka who did not return to his adoration parish in Emene and nothing was heard from him.

His driver was said to have slept at Bishop’s gate since his principal did not come out again to ride back to Emene.

When Vanguard on Tuesday inquired from the Diocesan spokesman, Rev Fr Ben Achi, on what the Diocese was doing to tame Mbaka’s vituperations and political altercations, Achi said “Well, the Church has her procedure in dealing with issues like this.

“No one tells the Church what to do in matters like this. It falls within the competence of the ecclesiastical authorities and trust me, the issue is being addressed.”

It was further learnt that Bishop Onaga invited Fr. Mbaka on Tuesday so as to dissuade him from making further remarks on his faceoff with the federal government on Wednesday when he usually holds special prayers on the adoration ground.

It was suspected that Bishop Onaga could have tactically withheld Mbaka from going back on Tuesday so as to truncate the Wednesday prayer where Mbaka was expected to have further engaged the federal government on their altercations.

The Adoration faithful gathered on Wednesday only to discover that Fr Mbaka was nowhere to be found and they took to protest, asking Bishop Onaga to produce their spiritual Director.

The fanatical faithful carried placards and chanted songs such as “No Mbaka, No Bishop”, ” Bishop Produce Mbaka within 24 hours”, among other inscriptions.

Probably envisaging that the protest was getting out of hand, Fr. Mbaka suddenly appeared among the protesting crowd as he was spotted along Igboeze street, close to the Bishop’s court in Independence layout of the coal City.

In a motorcade, Mbaka rode with his faithful along Enugu streets back to the Adoration ground in Emene where he promised to address the faithful and the press on his travail. 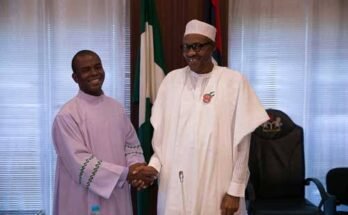 How Father Mbaka dined with the devil 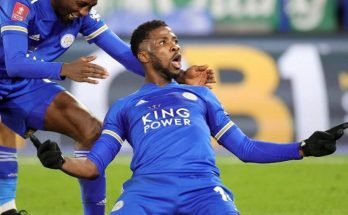 Nothing scares me anymore in life – Kelechi Iheanacho 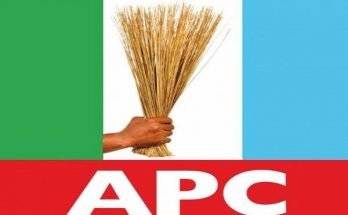