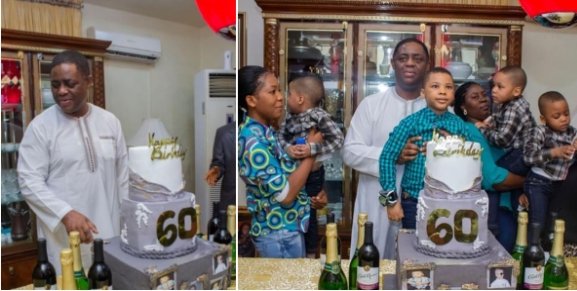 Nigerias former aviation minister, Femi Fani Kayode recently added a new year to his age and he took to social media to share with his fans on how the event went.

FFK took to his Facebook page to share series of photos to update his fans on how the celebration went. According to the politician, his birthday kick started with a prayer session with religious leaders as well as well wishers.

He is thankful to God for adding a new age and was greatful to all who came to celebrate with him.

He wrote: “Early morning prayers on my birthday. We had a wonderful time and the presence and power of the Lord was awesome! I give thanks to God and I thank all those that joined us for coming.”

The former minister shared photos of himself alongside his four sons and others who came to celebrate with him.