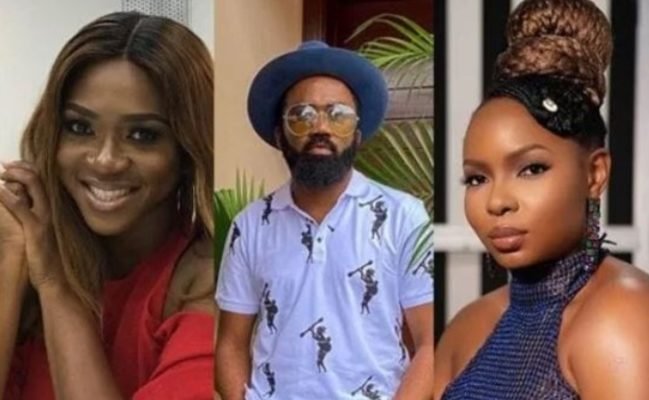 Nigerian singer Waje recently reacted to Noble Igwe’s tweet which states that she can sing more than her fellow musician Yemi Alade.

The Johny crooner was one of the artistes who performed at the Coca-Cola Nigeria Independence show and the audience we’re thrilled by her energetic and amazing performance. Among those who enjoyed her performance was the PR consultant and he took to his Twitter page to tweet that nobody can out sing Yemi Alade in the entire Nigerian music scene.

He wrote: “Do not be deceived, nobody can out sing Yemi Alade in the Nigerian music scene. A vocal powerhouse, and what makes it better is the fact that she has total control of her instrument.”

Responding to the tweet media personality, Noble Igwe argued that Waje is a better singer than Yemi and he can prove it. 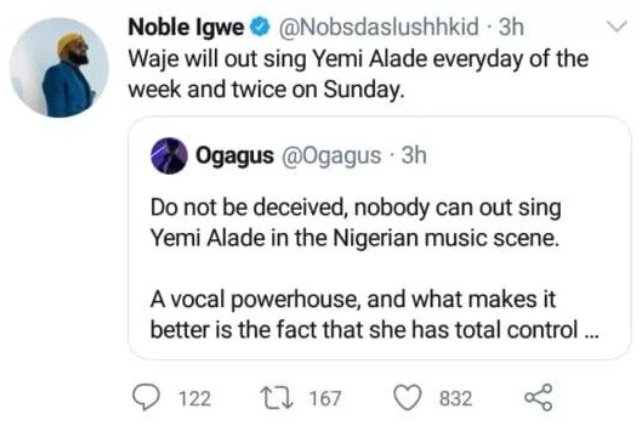 “Waje will out sing Yemi Alade everyday of the week and twice on Sunday.”

Reacting to the conversation between the two men, Waje seemed not to be happy about the comparison.

She wrote: “Why Una Dey like to tag us for Una argument? Who sabi sing, who nor sabi sing etc. I don’t think we care about who can or can’t so biko argue o but don’t tag me except you re praising or positively critiquing my work and not comparing. Tank you… happy independence 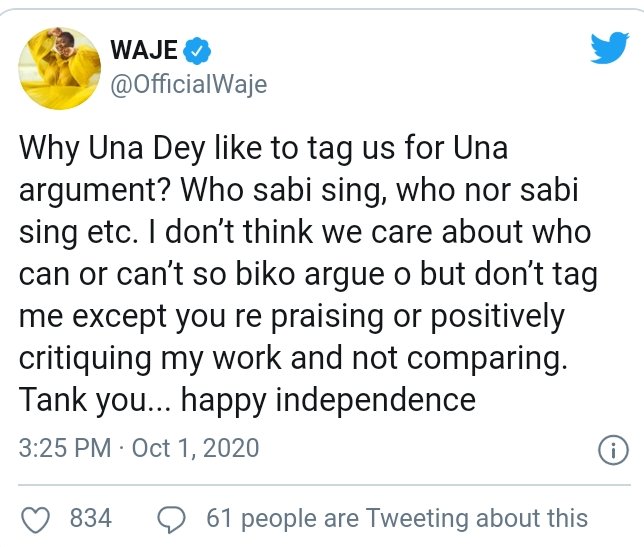 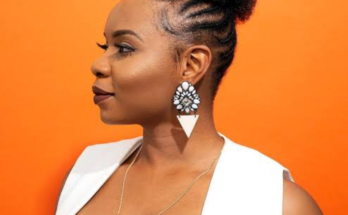