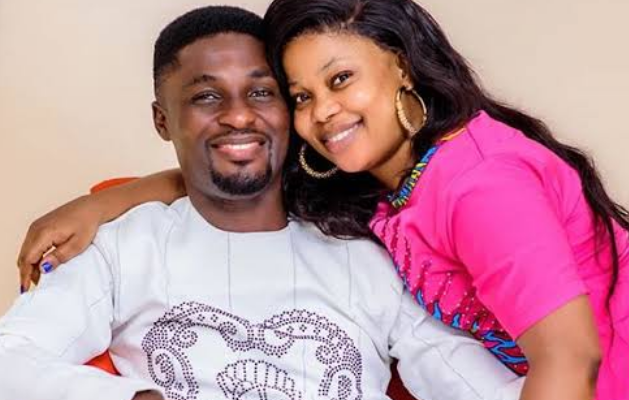 Movie star Seyi Edun has been mocked on social media because she is yet to have children for her husband Adeniyi Johnson.

The Nollywood actress shared a video of herself miming a song from BBNaija Lockdown housemate Laycon while campaigning for him and this attracted comments on her post.

However, one @Dorathy_137 seems not to like the fact that the actress was in a good mood hence, lashed out some hurtful words to the actress in the comment section of the post. 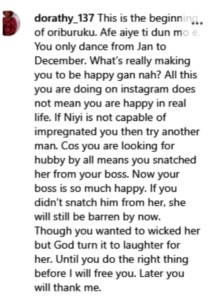 The troll asked the actress on the reason why she is being happy stressing that she dances from January to December but that does not imply that she is truly happy.

The bully asked the actress if her husband Niyi Johnson is unable to impregnate her else, she should try out another man as she also snatched Niyi from Toyin Abraham so as to hurt her.

The bully stated further that Toyin is happily married and with a child of her own.

Fans of the actress were not pleased with the cyberbully as they came out to blast the troll for saying such hurtful things to a person.

debbieajanaku21:“I don’t do this but because of what you wrote, haaaaaa, this is too much na. You created a fake page to troll her. If we don’t know you, God does and you will surely see the anger of God and you shall greatly be rewarded for this.”

ibilecreations:“Can you just stop being unfortunate!!!! Really???? Are you God? How did you know she snatched him? May God put you in her shoes! Why are people quick to judge others. You have failed as a woman for doing this.”

oyinlademargaret:“But why now? You’ve gone too far, you don’t say things like this to your fellow being. You’re not God to judge her pls. God will answer her at her own appointed time.”

ennyhitanpweetyquin:“This is too much naa!!! I am not a fan of all these celebrities but you going to people’s page to say this is too annoying!!! Madam change your life hell is real.” 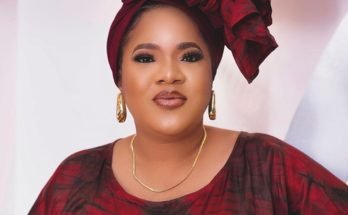 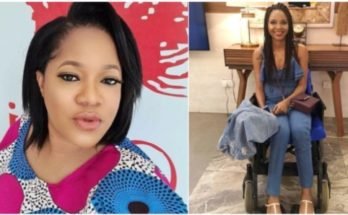