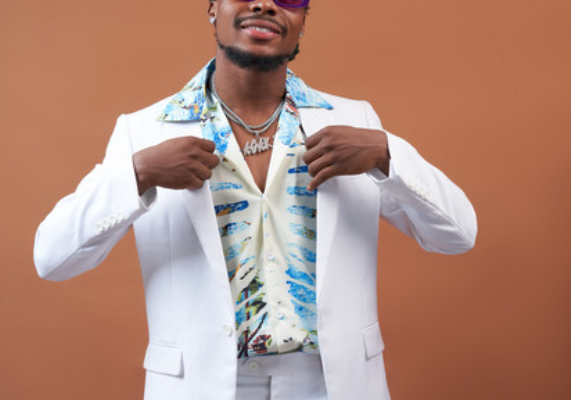 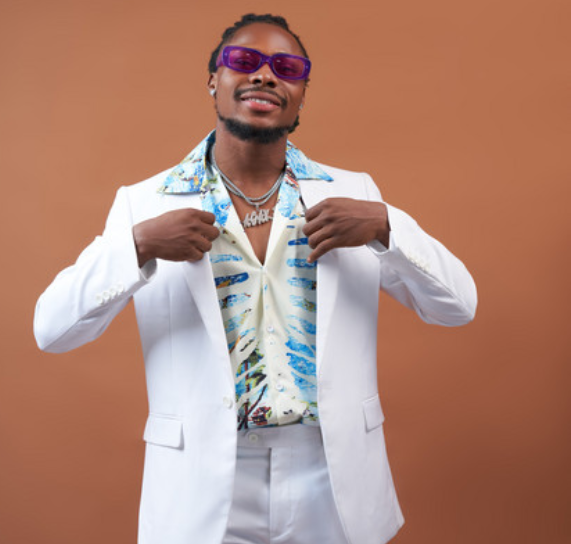 Ahmed Ololade (ASAKE) also known as (MR MONEY) is a fast rising singer-songwriter in Nigeria. Born in the 90’s and raised by Yoruba parents in Lagos Island, Nigeria.

Asake graduated from the prestigious Obafemi Awolowo University, Ile-Ife where he holds a Bachelor of Arts degree from the Department of Theatre and Performing Arts.

His journey into music was purely accidental as he started off as a dancer and worked with a myriad of dance companies and theatre outfits in school before trying his hand in music.

He frontlined a few shows in school, his Afro-Fusion style and the energy he brought on stage made him the fans favorite.

Meanwhile, Asake got the industry’s ears tingling in 2020, when his freestyle Lady (2020) went viral, with reposts from top Nigerian influencers like Tunde Ednut, Sydneytalker, NastyBlaq, Broda Shaggi and many more.

Asake’s music is mostly centered around his lifestyle and his name which means (Specially Chosen) and reflects in his music.

His first single for the year 2020 (Mr Money), has him re-emphasizing confidence in himself and being true to his name.

Same year, Asake was nominated in 3 categories of the City People Music Awards. He later won 2 out of the 3 nominations which included award for the Most Popular Song of the Year.

Asake also featured on some top songs for the year 2020, including Star by Broda Shaggi’s and DJ Xclusive’s Gegeti. The remix for his 2020 hit single “Mr Money” had him collaborating with Afrobeats power house Peruzzi and Zlatan.

Asake is currently signed to Olamide’s YBNL Nation and EMPIRE, an American distribution, records and publishing firm founded by Ghazi Shami. However, Asake tested a major breakthrough in his career when he was signed by Olamide in 2021.

According to the ‘Sungba’ crooner, “I have been texting Olamide since 2020. Baba please help me, because you help a lot of my friends.

“Fireboy was with him, he helped Chinko Ekun too, I dey always use am against am, say Baba please help me too, you’ve helped a lot of my friends.

That basically narrates Asake’s the beginning of the journey with Olamide’s YBNL Nation; and as we have it today, American EMPIRE.

Asake is one of Nigeria’s fast-rising musicians. He rose to prominence as soon as he was signed to YBNL Records by the label boss, Olamide.

At the time of publishing this piece, Asake was estimated to be worth about $1.2 Million Dollars in net; that’s an equivalent of N500m.

Asake’s worth is projected to be on a rapid rise given his musical dominance in recent time especially seeing off Wizkid’s ‘Bad to Me‘ on the Apple Music charts.

With the exception of spots 6 and 8 occupied by Wizkid and Ayra Star respectively, Asake occupies the top 10 spots of Apple Music Top 100 streamed Nigerian songs.

The EMPIRE deal, announced on July 18, 2022, is definitely going to drive Asake’s net worth to an upward trajectory. It is definitely ‘higher levels’ for Mr Money.

Mr Money with the Vibe has been consistently in the news especially with his tongue-wagging debut album topping musical streaming charts and setting new records.

However, Asake recently shared his struggle with fame. The ‘Joha’ crooner while speaking to HIP Tv noted:

Tits and bits About Asake

1 His real name is Ahmed Ololade Asake. Asake literally means ‘Specially Chosen”, a name he adopted as his professional name.

2 Asake was previously signed to an unnamed record label which he said “wasted four years out of my life”.

4 Asake’s strategy of remaining at the top of his game is humility. According to him “Number one is I have to be humble. I hear that a lot.”