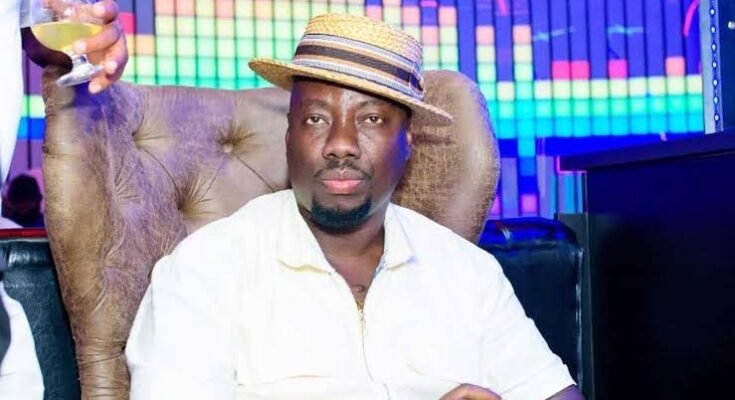 Nightclub owned by billionaire businessman, Obi Cubana, releases an official statement following the death of a female clubber who was rumored to have died from electrocution. 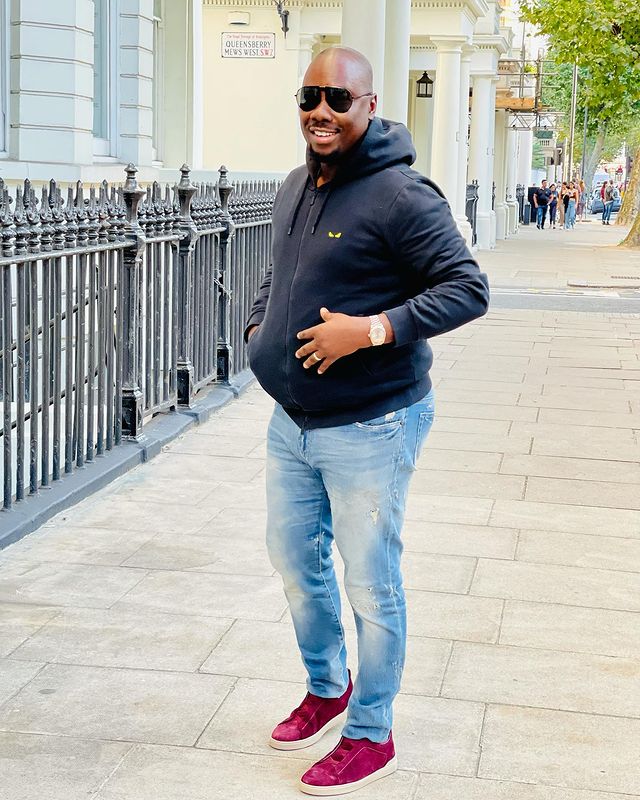 The club, Hustle & Bustle, consoles the family of the deceased as it clearly debunks the claim of electrocution of the late client.

According to the statement released by the management, the client died after stumbling while on the premises of the club.

“1. On the 14th of November 2021, a dear customer whilst leaving our premises, tripped and fell and this led to her painful and untimely death.

2. Owing to this tragedy, our management reached a decision to shut down our business so as to adequately mourn the deceased, and also allow the police unfettered access to conduct their investigations.

3. On that fateful morning, the deceased after leaving the club, was happily playing around with her friends, when she made a slight run, tripped and fell down a few meters to the car park and became unconscious. Sadly, she passed on, on their way to the hospital,” the statement reads in part. 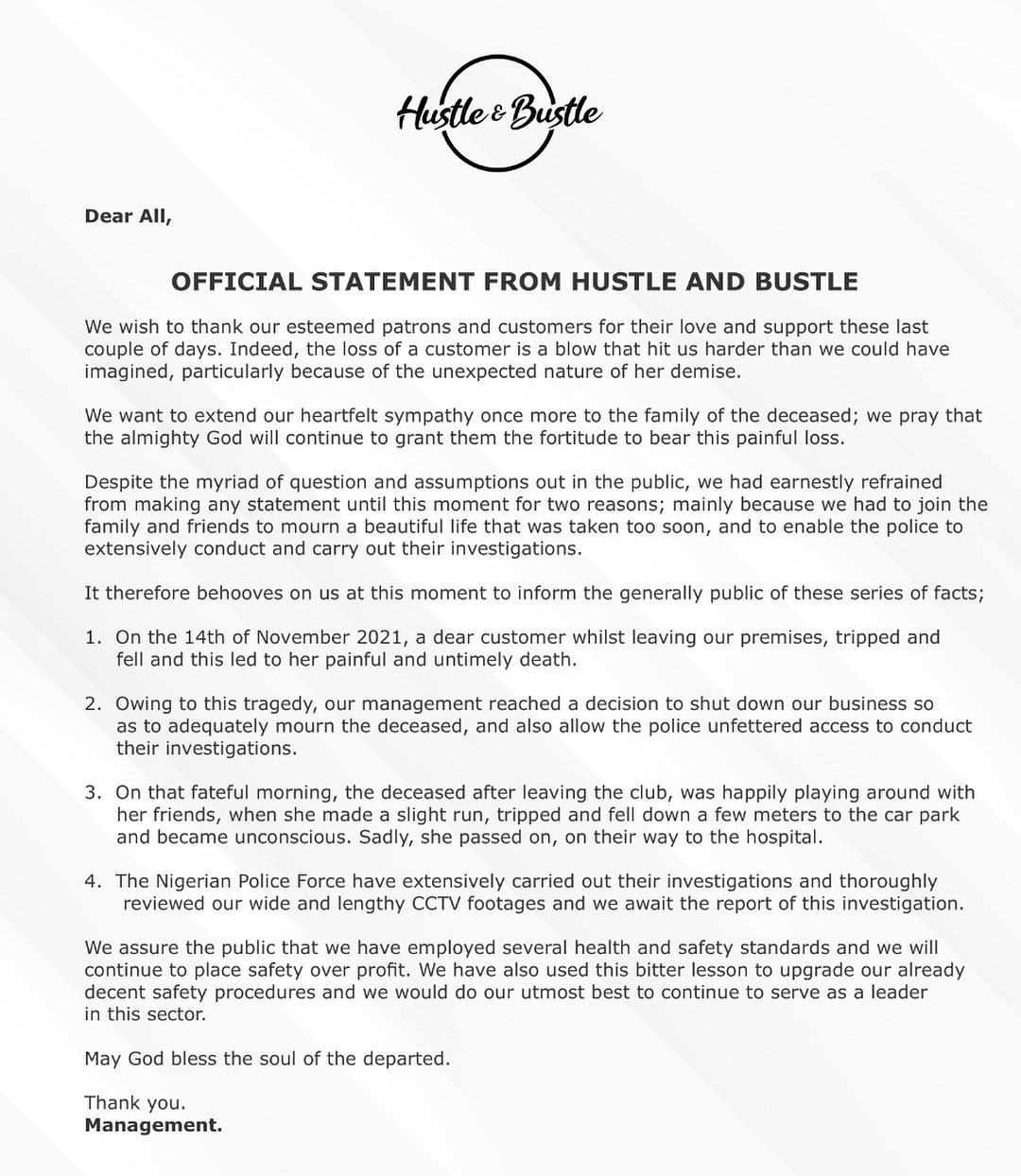