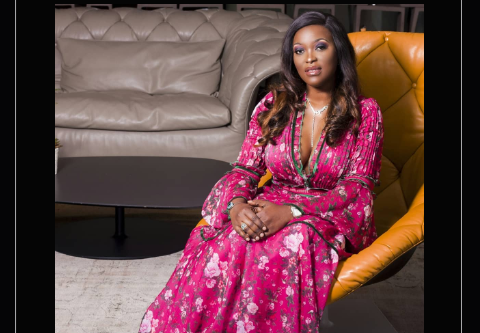 Pero, in the suit dated 10th of November, 2021, sued Annie for defamation of character.

She also demanded an apology and a compensation of N500 million for the emotional distress, damages, embarrassment and shame suffered due to the malicious and defamatory publication against her.

Read:Toyin Abraham goes on  her knees at an event as AY Makun opens up about his ‘problem’ with her

Recall that Annie Idibia had accused her husband, 2face of sleeping at Pero’s house, thereby disrespecting her and their marriage.

However, Pero, through her lawyers, Okonjo Odiawa & Ebi, described Annie’s outburst on Instagram as malicious claims and disparaging and false information.

She claimed that Annie’s outburst on her Instagram page subjected her to online bullying.

The mother of three maintained that she and Tuface had nothing but a “civil parental relationship”, adding that she was in a relationship with someone else.

Part of the letter titled ‘Re: Malicious and Libelous Online Publication against Pero Adeniyi’ read, “It is our instruction to demand that you immediately and completely retract all your allegations by the same measure with which they were published and publicly tender your unreserved apology to our client, not later than 72 hours from your receipt of this letter.

“Additionally, our client demands compensation in the sum of N500,000,000.00 (Five Hundred Million Naira) for personal injury, reputational damage, embarrassment, shame and emotional distress suffered as a result of your malicious, libellous and defamatory publications against her, within the same period stipulated above.”

The development is coming after Annie apologized to her family and the Idibias for breaking their heart.

Annie on a lengthy post on her birthday said she allowed her emotions cloud her into making bad decisions.

Watch: Another family war as Pero drags Annie to court