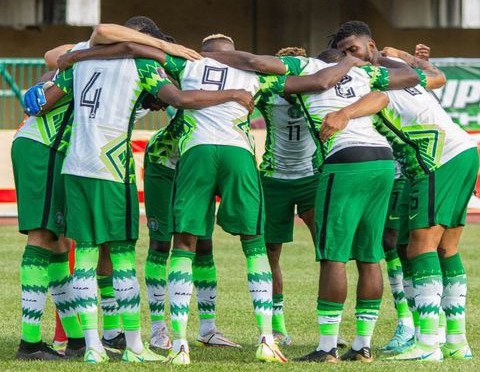 Rohr opted to stick with the same formation that gave his side a 2-0 victory against Central African Republic in their last game in the qualifiers.

Brentford midfielder Frank Onyeka and skipper Ahmed Musa are the two players dropped from the starting line-up from the previous game.

Moses Simon and Jamilu Collins kept their place as the two centre-backs.

The trio of Wilfred Ndidi, Joe Aribo and Alex Iwobi will operate in midfield.

The attack will be spearheaded by Kelechi Iheanacho and Vcitor Osimhen