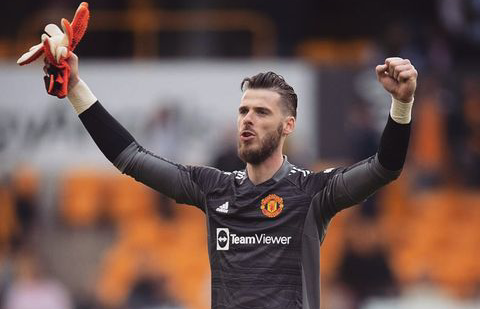 Bruno Fernandes says but for the heroics of David De Gea, Manchester United would have suffered an embarrassing defeat to city rivals Manchester City.

The Premier League champions opened the scoring seven minutes into proceedings when Bailly turned home a cross from Joao Cancelo.

The Portuguese then sent in a hopeful clipped cross late in the first half which Bernardo Silva clipped in from a tight angle.

There were countless poor defensive moments by United throughout a match that would have got far uglier had De Gea not produced a string of superb saves between the visitors’ goals.

“It’s always a bad time to concede a goal,” Fernandes said. “The problem is the way we concede goals. It’s too easy.

“As I said many, many times, if it was not David again, the result could be much more higher and worse for us.

“We have to protect better, David, because he is protecting us a lot and we have to help him because he cannot make every game eight, nine saves and then still concede goals.”

United had only been three points behind City going into the match, but the loss means they ended Saturday as close to Burnley in the final relegation spot as Premier League leaders Chelsea.