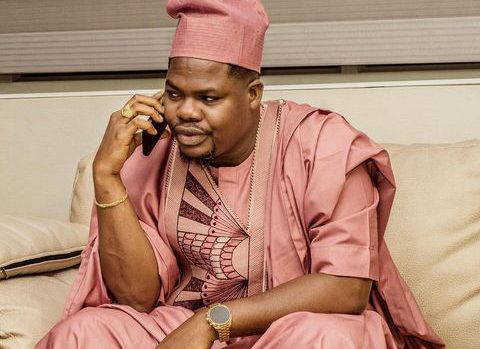 Popular comedian, Mr Macaroni has given reasons why he didn’t join his colleagues to meet with the Vice President, Yemi Osinbajo.

Taaoma, Josh 2Funny and other top Instagram skit makers met with Osinbajo on Thursday and have since been criticised.

Macaroni who was missing in the picture said he rejected the invitation to meet with Osinbajo because he is not happy with Nigerian leaders and does not want to be associated with them.

Read: Tacha the world is full of evil that people suspect those doing good deeds

His tweets read: “ Honestly, I have tried so hard not to say anything about this issue but I have seen some comments and conclusions that do not really sit well with me. My conscience will not allow me to keep mute. So I have to say what I know for my conscience and posterity.

“First, I do not think there is an association of skit makers. If there is, then I do not know anything about it. And that would be fine because I am an Actor/Thespian first before the Tag “Skit Maker”.

“So I don’t think those that went to see the VP without me or anyone else meant to sideline me. I want to believe they were invited to see The Vice President by the organizers of an Award Ceremony the same way I was invited. The only difference is that I declined the invitation.

Read: “Star boy and star girl of bbn season 6” – Fans reactions as Cross and Liquorose link up in South Africa

“The reason I declined is simple. As a citizen, I’m not happy with our leaders and I do not want to associate with them. It’s ok if others believe that sitting with the government will change certain things and decide to try it out. I don’t think they should be crucified for that.”

He noted that he is not happy with the government because they have refused to answer the cries of Nigerians.

He, however, mentioned that he is optimistic that his colleagues demanded good governance at the meeting with Osinbajo.

“ I have just seen too much to know that the government sees and hears everything. They and their workers are always on the Internet. They know what we cry and complain about and they do nothing about it. So what will sitting down with them to tell them what they already know change?

“ I don’t know what was discussed in that meeting as I was not there. But I don’t believe those that went would go there to say anything other than demanding for better governance and leadership as we all have been doing all these while,” his tweets read. 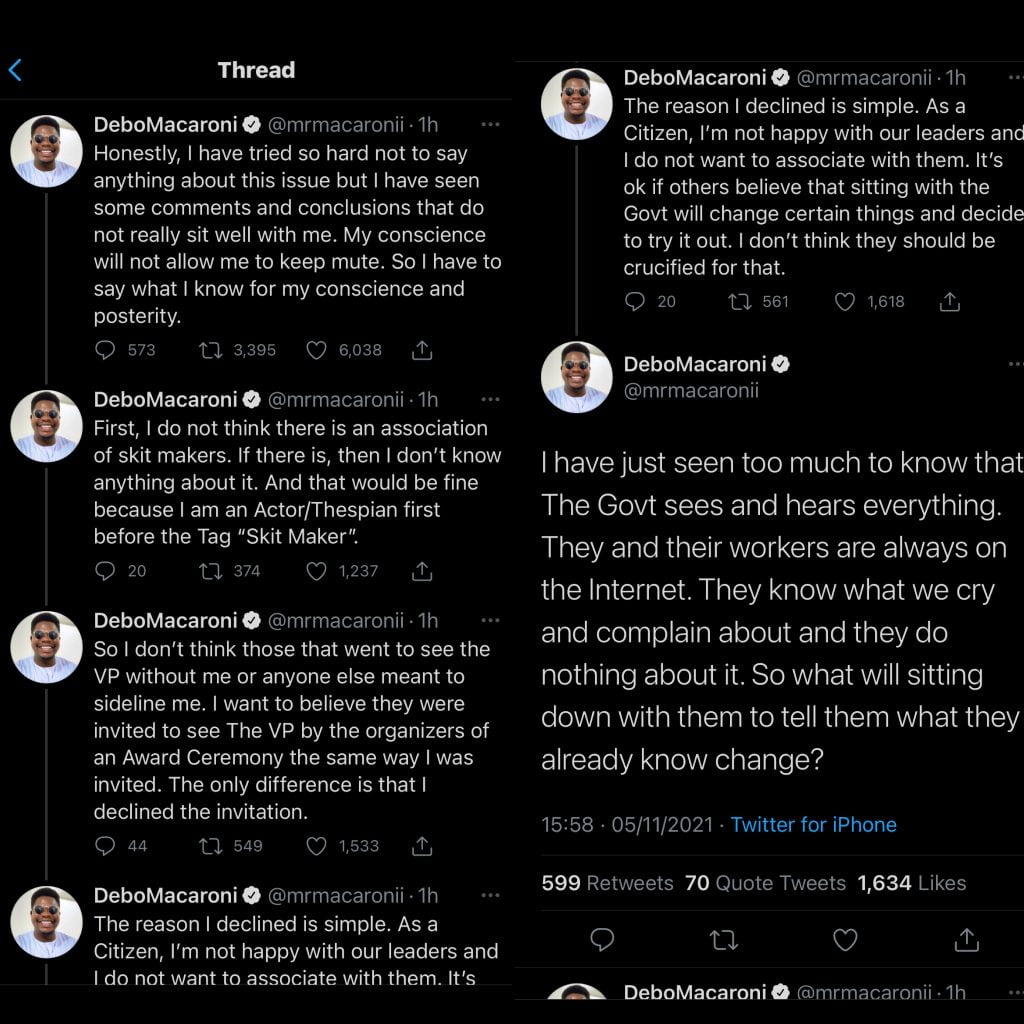