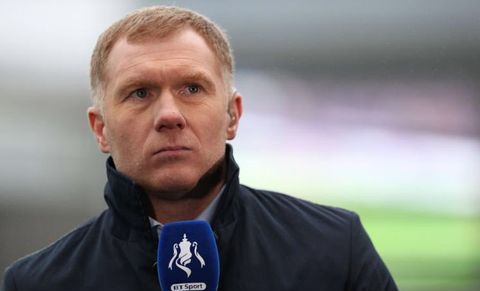 The Blues currently lead the way in the Premier League having registered 22 points from their first nine games.

But Liverpool are just one point behind Chelsea while Manchester City are two points behind in third place.

Jurgen Klopp’s side fired a warning to their title rivals on Sunday with their 5-0 demolition of United at Old Trafford.

Meanwhile, City have not lost a game in the Premier League since the opening weekend of the new campaign and have won six of their following eight matches.

Despite Chelsea leading at the top of the table, Scholes says he still has doubts over Tuchel’s side in comparison to Liverpool and City.

“I think it’s a devastating day for the Premier League.

“Seeing Liverpool go to Old Trafford and win so convincingly, I think it will make City worry.

“Chelsea… I’m not sure, they have been great and I think they are better than I actually give them credit for but I think it’s between Liverpool and Manchester City.

“I think City watching that (Man United’s 5-0 loss to Liverpool) in the Champions League or the Premier League, that will frighten them.