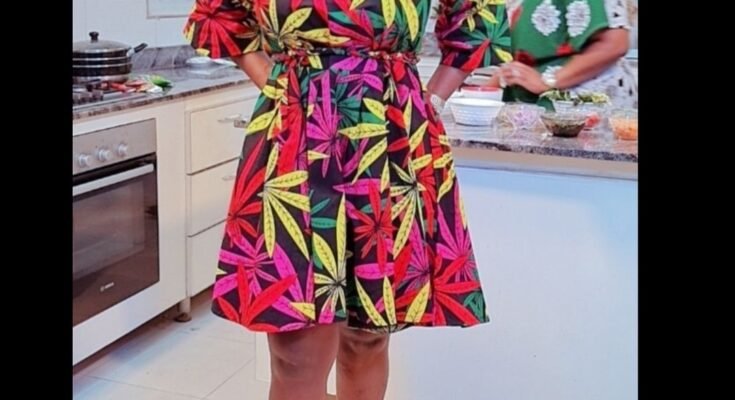 Popular Nollywood actress, Mercy Johnson Okojie, has revealed that a teacher in Purity’s school has been bullying her daughter because of her celebrity status.

The mother of four revealed via her Instagram verified handle that for two whole weeks, her first daughter, Purity has been bullied by a teacher in her school because of the hatred for her.

She went further to allege the teacher believes kids with celebrity parent are badly behaved and proud.

“Since when is it a crime to be Mercy Johnson-Okojie’s daughter? Before I consider myself a public figure, I am FIRST a WIFE and a MOTHER to my four kids, that is my priority in this life, and nobody can make my child feel less than who she is because her mother is a public figure.

“You can say anything about me, you can dislike or even hate me, I will not respond, but DO NOT ATTACK KIDS that did nothing to you and cannot defend themselves.

“The one thing I teach my kids is DISCIPLINE and RESPECT! I insist on POLITENESS AND KINDNESS from them, but I also teach them to SPEAK OUT especially to me WHEN THEY ARE BADLY TREATED!

“I do not honestly care if someone does not like me, I do not expect everyone to, but to take your hate out on my child? Unacceptable!

“A teacher at my child’s school has been bullying my daughter constantly for two whole weeks. She is not her class teacher, yet she shows up at her class everyday to intimidate her! Uses biros to flick her hair.

However, an Instagram user identified as @thenannychidera stated that Mercy’s daughter twisted the arm of another student and when the headteacher got wind of the matter, she demanded that Purity apologise to the other student but, she refused and allegedly stated that she was not raised that way.

Thenannychidera went ahead to explain that Mercy came to the school that afternoon and wrecked havoc asking her daughter to hit teacher and students as she pleased.

She also sent for her husband who came with three heavily built body guards to the school to beat up the headteacher.

She stated that the teacher did not respond to Mercy as it was her word against hers and allegedly cried while the whole incident was going on.

Reacting, Mercy Johnson went live with teachers in her daughter’s school to prove her innocence on Friday.

According to the teachers, the celebrity never fought back or brought any thugs to the school to beat headteacher, which contradicted thenannychidera’s claim.