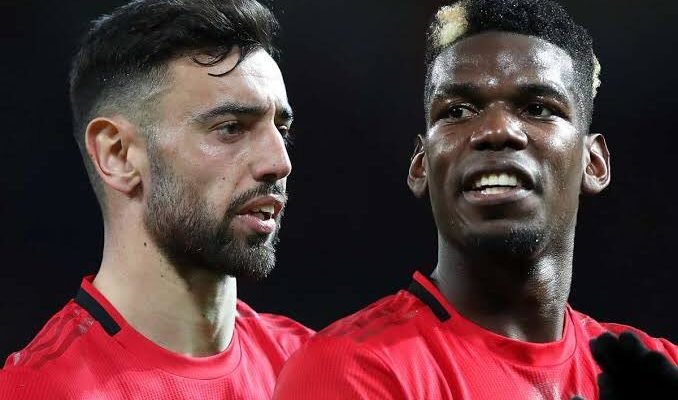 Manchester United midfielder Paul Pogba says he is happy at the club despite speculation surrounding his future at Old Trafford.

Pogba’a contract is set to expire at the end of this season.

The 28-year-old’s has not yet agreed new terms with the Red Devils and has been linked with a move to to some Europe’s top sides.

Real Madrid and former club Juventus are among the top teams keeping an interest in the availability of the French international, but Pogba has insisted that he is happy at Old Trafford.

“I am always smiling, as I enjoy playing here. I am someone who often smiles, so that means I generally have fun,”he told Sky Sports after Manchester United’s win against Atalanta on Wednesday.

Pogba came off the bench when the home side were 2-1 down on Wednesday evening in the Champions League, and that was only the second game of this season that the midfielder has not started for Solskjaer’s team.