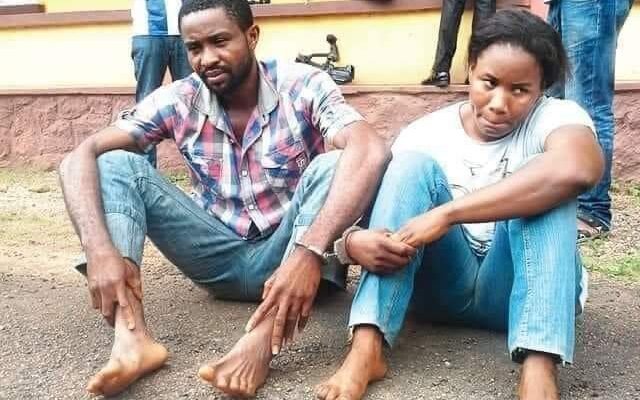 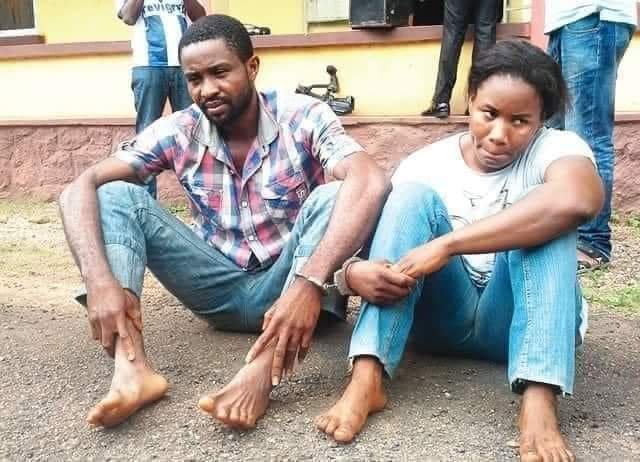 A 32-year-old businessman, Ezekiel Igbokwe, has been arrested by the Ogun State Police Command for allegedly killing his wife’s lover, Victor Olatundun.

Igbokwe was said to have killed Olatundun after he caught him having sex with his wife at their matrimonial home.

The suspect allegedly committed the offence at about 12am at Peace Lodge on Itura Street, Awa Ijebu, Ijebu-North Local Government Area of Ogun State.

The suspect, who committed the crime on Wednesday, July 27, was arrested by the police the following day.

Igbokwe and his 28-year-old wife were among the 23 suspects paraded at the Ogun State Police Command headquarters, Eleweran, Abeokuta, on Thursday, for various offences ranging from murder to illegal possession of firearms and ammunition.

Igbokwe, who said he was a businessman, explained that he had returned from his trip to Onitsha and met Victor on top of his wife on their matrimonial bed.

He said he picked a machete in the toilet and cut the victim in the neck and hand.
Olatundun reportedly died on the way to the hospital.

Igbokwe, who deals in electronics, said he was born in Ago Iwoye, Ogun State.

He said, “I travelled to Onitsha on July 25, and when I came back on July 27, I met a man inside my room making love to my wife. Then we started fighting. The man was stronger than me. When I saw he could overpower me, I got a cutlass in my toilet and dealt him blows in the hand and neck. On the way to the hospital, the fuel in the car finished and he died.”

Igbokwe said he committed the crime due to anger, adding that he never meant to kill the victim.

He claimed that he had never met Olatundun before, saying he also never suspected that his wife was having an extra-marital affair with anyone.

Juliet, who sobbed intermittently, said her alleged lover had been pressurising her for a relationship for some time.

She explained that she had always told him she was married, but the victim never gave up until he ended up at their matrimonial home on that night.

Juliet, who said she sold snuff, said Victor was her supplier and he pestered her for six months before she finally gave in.
She said she suspected that the deceased used a charm on her, as she could not explain how it all happened.

She said, “He had been disturbing me that he wanted to marry me, but I said I was married.

“On the day of the incident, I really can’t say if he used a charm on me. All I know is that he called me that he wanted to see me and I told him not to come; he knew my house and when he came, I didn’t know what happened.

“He used to come and deliver snuff to me in the house. On the day of the incident, he told me he was coming from somewhere and that it was already late. He wanted to sleep in our place till the next day. He didn’t know that my husband was away. He tried to sleep with me, but later he didn’t.”

Juliet, who claimed that she got married to her husband in 2005, said the husband did not take good care of her and the children. She said their marriage had been turbulent and fraught with fights and quarrels.

The mother of three said each time there was a fight, her husband would leave the house for months.