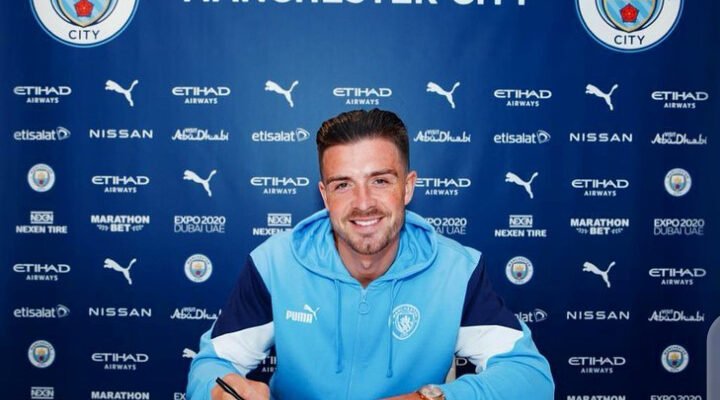 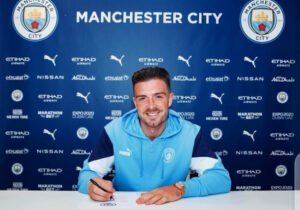 Jack Grealish became the most expensive British footballer ever by completing an historic £100million move to Manchester City.

The 25-year-old underwent a medical at the City Football Academy and signed a six-year contract worth more than £200,000 a week.

‘I am over the moon. To come and play for a club like Manchester City is obviously massive for me personally,’ Grealish said.

‘It was obviously a difficult few months because I have been an Aston Villa fan for my whole life, but when I spoke to the manager here and you see what type of players they have got here, in the end it was something I couldn’t say no to. I am absolutely delighted to be here. 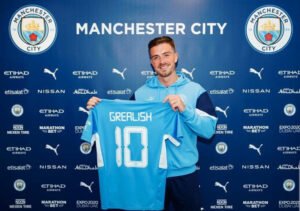 ‘Trophies are the main reason why I joined. There are obviously a lot of reasons why I decided to come here. The manager has been a massive factor; playing under the best manager in the world was something I couldn’t really turn down.

‘Obviously the players that we have got here, I think everyone knows how much I admire Kevin [De Bruyne]. It is going to become a dream come true to play alongside him. But competing for major trophies is something that I wanted to do. It was something I couldn’t turn down.

‘I have been here now for 24 hours and the whole club has been unbelievable for me and my family. It just feels like a family club, even when I am at the training ground, when I am here.

‘It seems like a proper football club going in the right direction, challenging for titles, for the Champions League and that is why I have come here.’