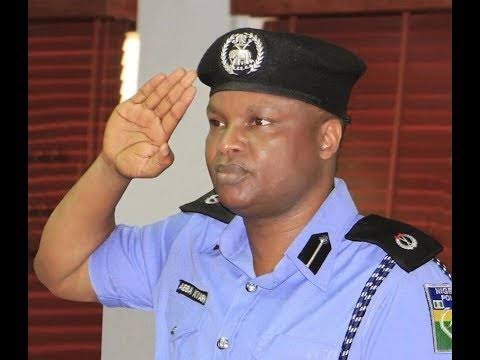 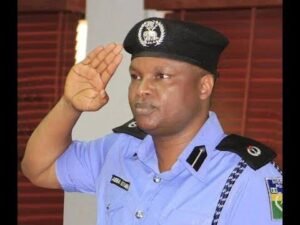 More details on the fraud deal that Hushpuppi involved and has also indicted Nigerian Super-cop, Abba Kyari with, has been shared.

In October 2019, a businessperson started looking for an investor who could provide a $15 million loan to build an international school in Qatar.

By November, the businessperson was on a plane to Kenya, to meet a potential facilitator – Abdulrahman Juma, a 28-year-old parading as the ‘Chairman’ and ‘Funding Officer’ of Westload Financial Solutions Limited.

Juma was able to convince the businessperson to sign a contract that mandated the payment of a $225,000 consultancy fee before the loan could be disbursed.

Of course, there was no loan. But the businessperson didn’t know that at the time.

Because the dance had just begun. 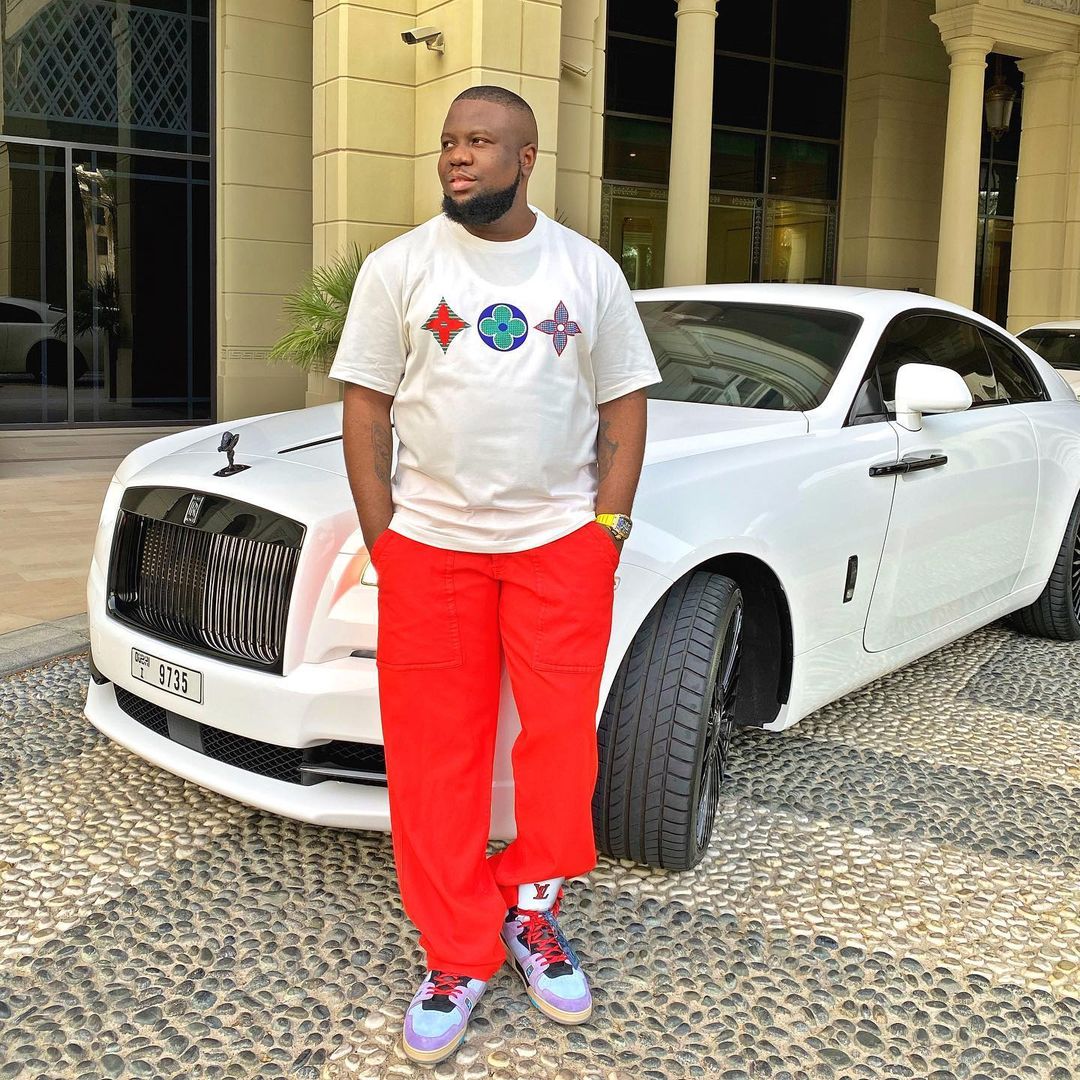 On December 7, 2019, Juma reached out to Ramon Abbas, popularly known as Hushpuppi.

Juma and Hushpuppi, apparently, belonged to a global fraud syndicate that has fleeced numerous individuals and organisations of millions of dollars.

The December 2019 conversation, too, revolved around how they could siphon more money off the businessperson seeking a $15 million loan.

Hushpuppi told Juma that he would pretend to be a Bank Director – with the moniker Malik – when communicating with the businessperson. The duo agreed on profit sharing and Hushpuppi created a new Whatsapp account, using an American phone number.

Texting the businessperson, Hushpuppi introduced himself as Malik, “the director of the bank responsible for crediting you the funds” working with “Mr Rahman (Juma) from Kenya.”

Juma and Hushpuppi shared, with each other, screenshots of their messages with the businessperson, as the conversations progressed.

To begin to tempt the businessperson to part with more money, Hushpuppi said there was a need to open a bank account in the United States, to transfer the $15 million loan because Qatar had apparently been sanctioned by the US government.

The initial agreement was that the funds will then be credited from the US account to the businessperson’s bank account in London.

He was also able to generate a ‘Durable Power of Attorney’ form. Fraudulent, of course.

On December 20, Hushpuppi sent the account and online login of the Canoga Park Wells Fargo account to the businessperson, who must have felt, once again, that the loan was palpable.

But when the businessperson sent Hushpuppi the information for a UK bank account where the loan funds should be deposited, the latter balked.

To open the account, Hushpuppi said, the businessperson would have to fund it with a minimum of 250,000 pounds.

At this point, the businessperson started to smell a rat. But the allure of imminent victory was too strong.

On December 23, after some back and forth between Juma and Hushpuppi, (the former apparently wasn’t convinced that it was the right time to ask for more money) the businessperson agreed to open the investor’s account.

To receive and launder the proceeds of the Qatar operation, Hushpuppi relied on two other individuals living in the United States – Rukayat Fashola and Bolatito Agbabiaka.

He also used part of the loot to purchase a luxury Richard Mille watch and St. Kitts citizenship.

On December 24, Hushpuppi sent the businessperson two bank account details, one belonging to Agbabiaka, and the other to the Richard Mille watchseller.

That same day, the businessperson transferred $330,000 to the accounts and sent Hushpuppi photographs of the wire transfer confirmations. 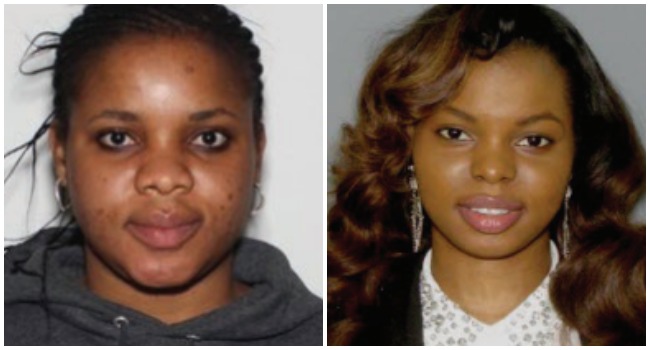 A photo combination of Bolatito Agbabiaka and Rukayat Fashola. Credit: US Department of JusticeNow, the businessperson must have been agitated. “Can you please let me know when I can receive the fund as agreed and promised?” The businessperson said in a text to Juma after forwarding the $330,000.

Juma forwarded the businessperson’s messages to Hushpuppi with a note: “I need your advice before I get back.”

Hushpuppi must have smiled. He had another trick up his sleeve.

On January 4, 2020, Vincent Chibuzo, another of Hushpuppi’s associates, sent the Instagram celebrity a message containing a “telephone banking” number.

This will “blow the client’s mind,” Chibuzo said in his message to Hushpuppi.

The next plan had been to create a fake Wells Fargo bank website and a fake banking automated telephone number that could deceive the businessperson that, indeed, the promised funds had been deposited into the Canoga Park Wells Fargo account Hushpuppi had opened for the Qatar business.

After calling the businessperson, Juma sent Hushpuppi a voice note.

The businessperson “can’t breathe,” he said.

The businessperson “is really excited.”

The businessperson “is crying tears of joy.”

The businessperson “is thanking me.”

In response, Hushpuppi said, “Are you proud of me or not? It’s a perfect job, bro.”

After raising the businessperson’s hopes, Hushpuppi reached out and claimed there was a need to pay a tax of $575,000 to have the loan cleared.

“Sorry but this is too much,” the businessperson replied.

The next day, the businessperson contacted Juma, asking him to find a way to avoid paying the $575,000 tax. Juma sent screenshots of this conversation to Hushpuppi.

On January 10, Hushpuppi and Juma discussed reducing the amount the businessperson should be asked to pay. Later, they communed on how to stop the businessperson from flying to the UK to confirm that there were funds in the purported Wells Fargo account.

Juma said he had told the businessperson to keep things quiet, and to not tell anyone or ask anyone about the status of the loan.

The saying that ‘there is no honour among thieves’ began to manifest among the Hushpuppi syndicate.

First, Juma was able to secure $299,983.58 from the businessperson, perhaps as part of the tax payments. But he refused to share it with Hushpuppi because he (Juma) had not received a share from the earlier $330,000 sent by the businessperson.

Then Chibuzo, who was based in Nigeria at the time, accused Hushpuppi of not paying for the work that was being done on the fake Wells Fargo website.

As a way to get back at Hushpuppi, Chibuzo contacted the businessperson directly and, claiming he was “trying to help”, said Hushpuppi was a scammer.

When Hushpuppi got wind of Chibuzo’s actions, he was livid. “I will deal with him,” he told Juma.

Hushpuppi reached out to Abba Kyari, a Deputy Commissioner in the Nigeria Police Force, and sent him Chibuzo’s phone number.

Ramon Abbas, aka Hushpuppi, flaunted a luxury Richard Mille watch on Instagram on January 13, 2020. Credit: US Department of Justice

In one text to Chibuzo, Hushpuppi said in pidgin: “I swear with my life that you will regret messing with me, you will even wish you died before my hands will touch you.”

The police officer has said he received no payment to arrest Chibuzo and that he was only responding to a violent threat complaint raised by Hushpuppi.

But there is overwhelming evidence – including screenshots of receipts sent by Hushpuppi to Kyari – that the arrest of Chibuzo was influenced by DCP Kyari’s chummy relationship with Hushpuppi and not credible intelligence. (The Nigeria police has said it is investigating the matter)

“Please sir, I want to spend money to send this boy to jail; let him go for a very long time,” Hushpuppi said in one text to Kyari.

“Ok bro, I understand,” Kyari texted back. “I will discuss with my team who arrested him . . . we will do something about it.”

Hushpuppi said he was ready to send money to the team, so they can deal with Chibuzo like an “armed robber.” Kyari said he would send the team’s account details.

When Hushpuppi said “I want him to suffer for many years,” Kyari responded, “hahahaha . . . hahahaha.”

Chibuzo was released about a month later after contracting a skin disease in jail.

A litany of doubts
Chibuzo’s whistleblowing had apparently not deterred the businessperson. Too much money had been sunk into acquiring the $15 million loan, the businessperson must have reasoned. Too late to now throw in the towel.

But after paying Juma $299,983.58, the businessperson was beginning to doubt the Kenyan financier and turned to ‘Malik’, the Wells Fargo banker.

The businessperson told Malik – Hushpuppi – that they believed Juma had been scamming them, after spending over $1 million to acquire the loan.

“I know that you think I am stupid but I trust (Juma) and now I’m going bankrupt,” the businessperson said.

Ever the conman, Hushpuppi said, “Wow, over one million?”

Then he promised to help the businessperson.

Later, he claimed to have spoken to his supervisor who was willing to reduce the tax amount that the businessperson would pay to $180,000. But he asked the businessperson to keep their discussions confidential, especially from Juma.

“Try and get the $180,000 sent before the end of the month and (Juma) will be put to shame and God will deal with him also,” Hushpuppi told the businessperson.

At the same time, Hushpuppi was deflecting enquiries from Juma about what the next move to get more money from the businessperson was.

On March 2, 2020, the businessperson wired the $180,000 to Hushpuppi, a bulk of it to an account provided by Agbabiaka, the alleged American co-launderer.

On March 11, the businessperson contacted Hushpuppi to ask about when she would receive the $15 million loan to build the international school. Hushpuppi claimed to have gone to the IRS to pay the tax and that his boss would be able to send the wire the next day.

The bogus Yousif identity contacted the businessperson via Whatsapp and demanded payment for additional “transfer charges.”

But the businessperson, exhausted and defeated, reached out to Hushpuppi instead.

“Sorry Mr Malik but I’m not gonna pay more and I’m out of this game,” the businessperson said. “I’ll stop all my communication with you . . . You are doing what exactly Juma did . . . I’m now 100% sure that you and Juma and Yousif are all one team.”

THE ARTICLE WAS COMPOSED BY CHANNELS TV.