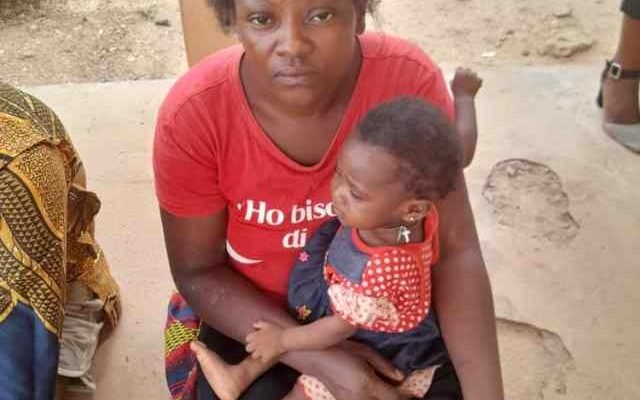 A mother of four, Blessing Jimoh has explained why she macheted her aged mother ljeomo Odo, to death with a cutlass on the instruction of her pastor in ile- Oluji area in Ondo State.

Blessing, 30-year old told vanguard, when paraded alongside other criminals by the Ondo state police command in Akure that she killed her mother when her pastor said, is a witch.

According to her, ” lt was my pastor that told me that my mother was behind my insanity and that I should find a solution to my problem.

Police commissioner, Bolaji Salami said that the suspect committed the crime when she and her deceased mother were working at the farm Ile-Iluji area of the state.

The suspect however claimed that she was mentally unstable when she committed the crime.

“It was like something was pushing me to kill my mother after my pastor told me she was behind my insanity. I was not happy with what I did.

“My pastor told me that my mother is a witch that she is the one behind my insanity.

” So after appealing to her and there were no changes, I have to kill her to see if my sanity would be restored”

“I cut off her neck with a cutlass. It was my pastor that said my mother was a witch.

” My mother is from Enugu State. I really don’t know what came over me.

The state Police Commissioner, Bolaji Salami said that the son of the deceased Odoh Tochukwu reported the case of her missing mother at the ile,- Oluji police station.

Police detectives, according to the police chief swung into action and arrested the duo of Jimoh Blessing and Tope Blessing who were suspected to be behind the murder.

Salami said that ” However, Jimoh Blessing, the daughter of the deceased has confessed that she killed the mother.

He noted that “the case is currently with the SCIID for discreet investigation.

The police commissioner said the suspect would soon be charged to court.