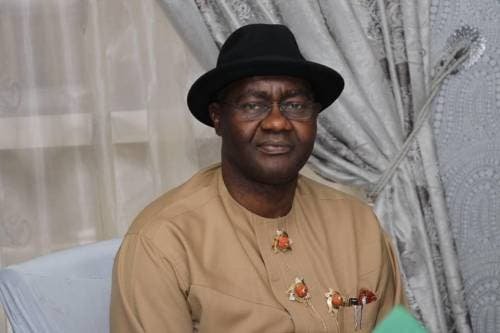 The Federal Government has set up an Inter-Ministerial Committee, to review and propose measures targeted at activating the dormant $1 billion Kaztec Engineering Limited Yard in Lagos.

The Chairman of the Committee, Senator Magnus Abbe, who led members, drawn from different government ministries and agencies to visit, weekend, said the yard has been idle since 2015 when Addax Petroleum, which played a major role in its establishment decided to withdraw from the project because of some issues, including tax with the government.

According to him, before then Kaztec which total investment stand at about $1 billion, said: “By that time, Kaztec Engineering had already spent more than $600 million and imported a lot of materials and was employing over 3000 direct workers and with over 10,000 dependants on these contracts.”

Speaking during the tour of the facility, Abbe said: “What happened here is a national tragedy in so many ways because not only is the economy very negatively impacted but at the time we are trying to save foreign exchange from every means possible.

“It is quite disappointing to see that there is a lot of things here that could help this company save millions of dollars in foreign exchange for Nigeria.

“I want to thank the President for setting up this committee because it actually shows that he’s in touch with the realities of what is happening in the economy of this country and that he is doing everything possible to see that the Nigerian economy is not negatively impacted duly by current happenings.

“I think that Nigeria should be grateful to the president for this initiative because this is a situation that has gone on for about 6 years and then nothing has been done about it until the intervention by this Presidential committee and I think it’s very commendable.”

Continuing, he said: “The President has set up his committee, expertise from within. We have technical people from the various government ministries, who have now been here and they have seen things for themselves.

“So, their inputs, I think would be useful in making recommendations. I would like to assure Nigerians that Mr. President is on top of this situation and to the over 3,000 workers of the company, and over 10,000 dependants, the Banks, and others that the President is aware of what is going on here and he has set up this committee to make recommendations.”

He added: “But when a force majeure was declared, of course, all those who lost their jobs, this facility was projected to save the country and also help to generate income values of over $33 billion over a 10 year period.”

In his presentation to the Committee, Director, Engineering, Mr. Mike Simpson, said the fabrication (Kaztec) yard is blessed with important equipment, and personnel, capable of adding tremendous value to the petroleum industry in particular, and nation’s economy in general.