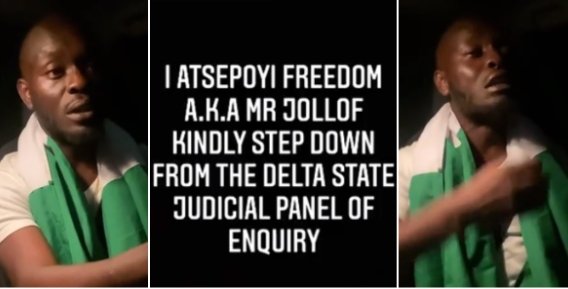 Nigerian social media activist Mr Jollof has stepped down from the Delta State Judicial Panel Of Enquiry after been accused of taking bribes.

The activist via his social media age shared a video explaining the reasons for his actions amid tears to his fans and followers.

According to him, after the invitation to join the panel, he has been accused of taking bribes and selling his integrity. He stressed that he could not trade his integrity and the lives of his family for anything adding that he is not wealthy but that does not mean he does not have an integrity. 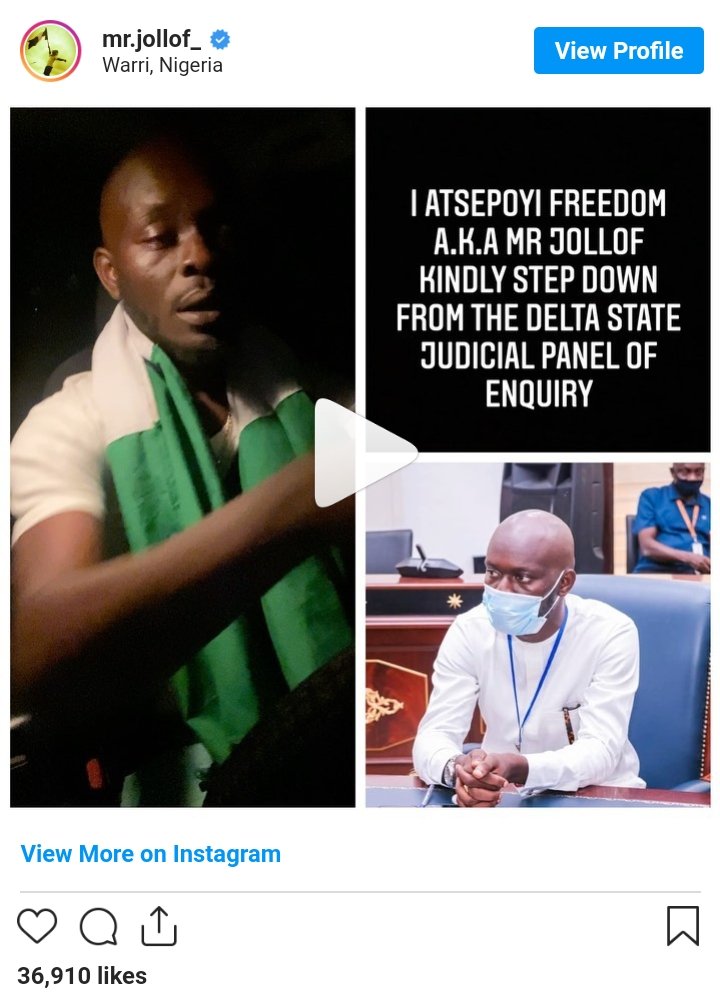 Due to these threats, he pulled out from the panel and apologized to the state government for his actions as this is beyond him.

He wrote: “I won’t trade my integrity and family in serving the people I STEP DOWN from the Delta State Judicial Panel of Enquiry. @iaokowa I am very sorry sir I really want to serve but I need to save my name and the life of my family.”