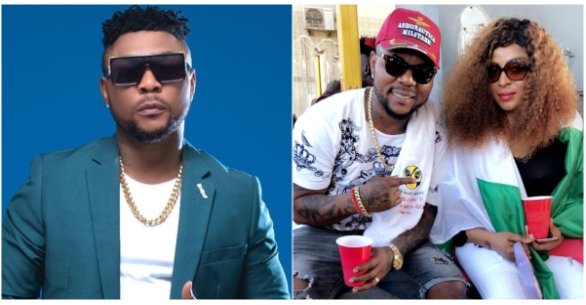 Nigerian singer Oritsefemi and his wife Nabila Fash have finally resolved their differences and are now back together.

The singer took to his social media page to share a photo of himself and Fash at the ongoing protest and wrote: “Freedom Movement with my cR ????#endpolicebrutality #endsarsnow” 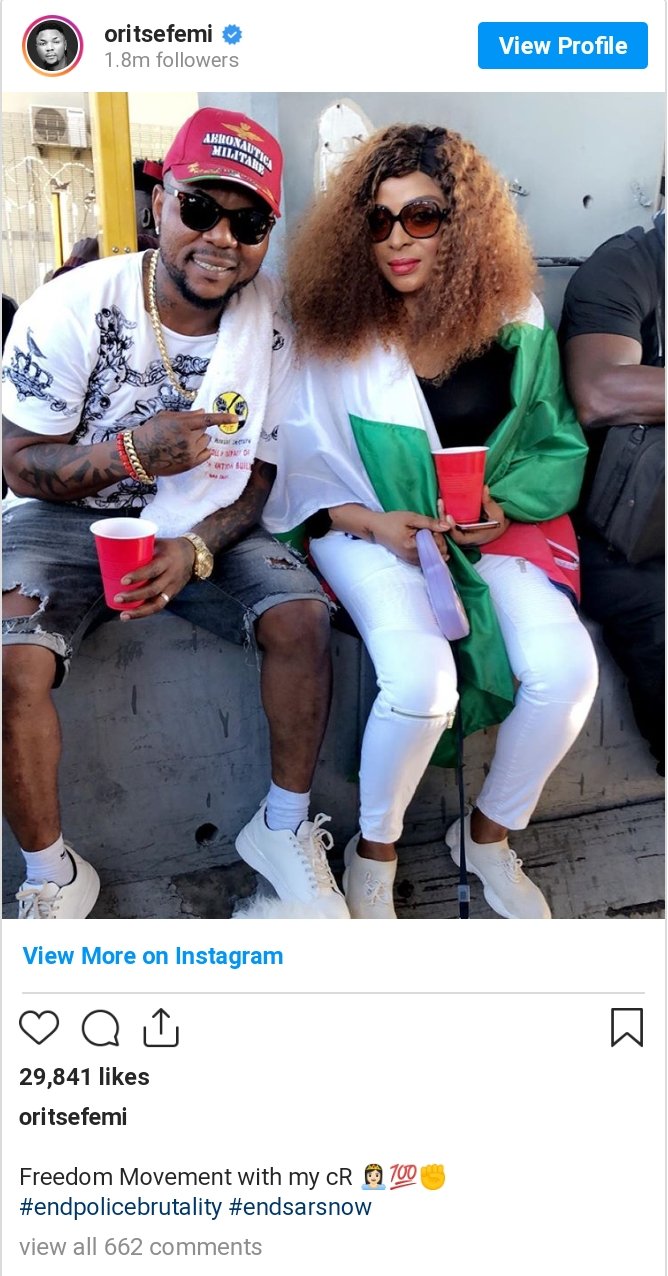 Recall that the singer called out Nollywood actress Caroline Danjuma for being the Mastermind behind his marriage crisis as his wife was reported to have moved out of their matrimonial home over alleged infidelity as well as domestic violence.

The singer took to his social media page to apologise to his wife after they got separated. He called on his fans and followers in social media to beg his wife on his behalf adding that he was deeply sorry.

call_me_saarmee: “No beat her again o… I know you’re a good man.”

dd_lucent: “I love this. Family over everything.”

prettysonia_: “Welcome back mama. You better behave this time around bro.”