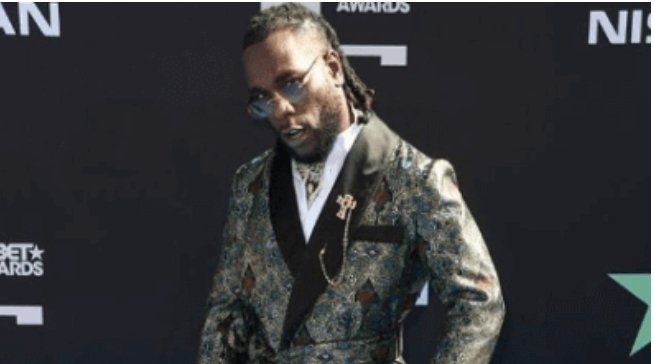 The singer has kept mute ever since the call for the disbandment of the Special Anti-Robbery Squad (SARS) and this did not go well with many Nigerians as he was called out on various occasion for not using his platform to lend a voice to the ongoing movement. Moreso, in his songs, he Insulted Nigerian youths for not fighting for their rights which has made the youths to drag him for not living up to his words.

The music star in response to all the happenings, he wrote that the police brutality has been an issue and innocent people are being killed by their fellow country men.

He wrote: “It’s been an issue, it’s still an issue. innocent people being killed and profiled unjustly by our own country people. #ENDYOUTHPROFILING #ENDPOLICEBRUTALITY #endsarsnow.

In another post, the singer noted the reasons why he had kept mute all this while, noting that he responds to issues like this with his emotions and frustrations adding that he has set up a charity organization called Projectprojectng which is formulated to attend to those that have been wrongfully arrested or harrazed by SARS officers, the platform will also be used to share informations to Nigerians to know about their true origins.

I have ALWAYS been here Fighting for my people anyway and anywhere that can possibly bring genuine progress and not for any Political gain, accolades or public validation. I have tweeted, spoken , sang for years, I’m Glad everybody now sees the need to do more. So let’s do that, each of us, in his or her own way. Follow @projectprotectng

Burna Boy spoke further that he would use his music for the empowerment of Nigerians and Africa as a whole. 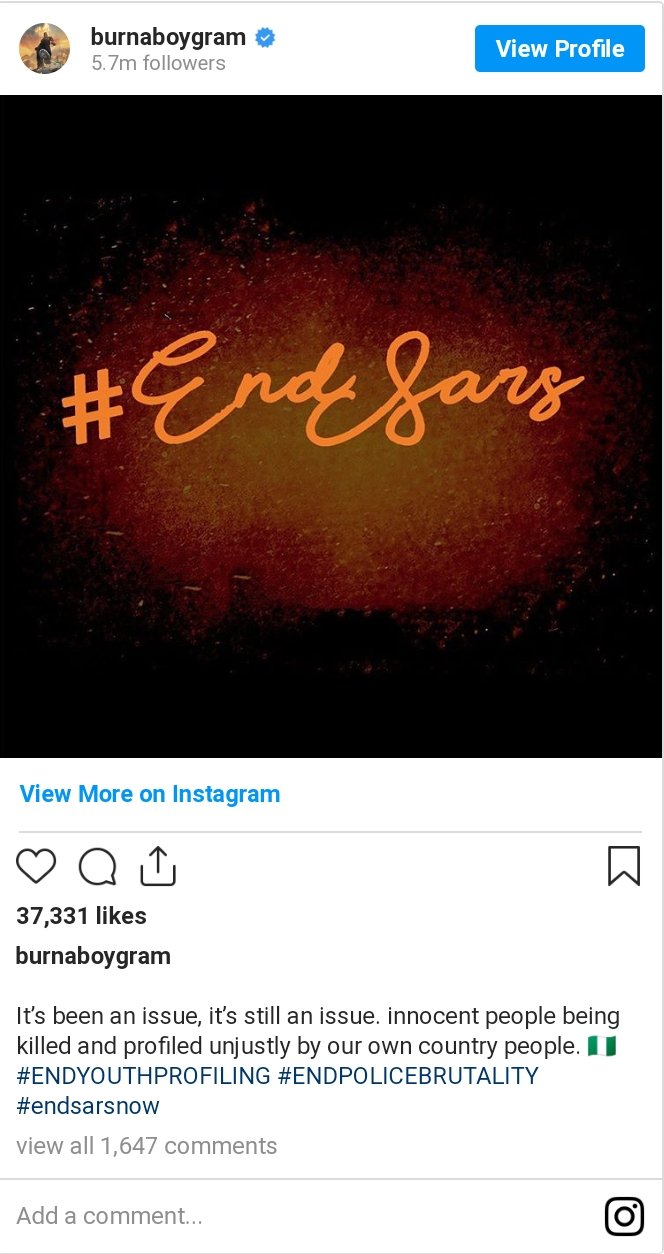 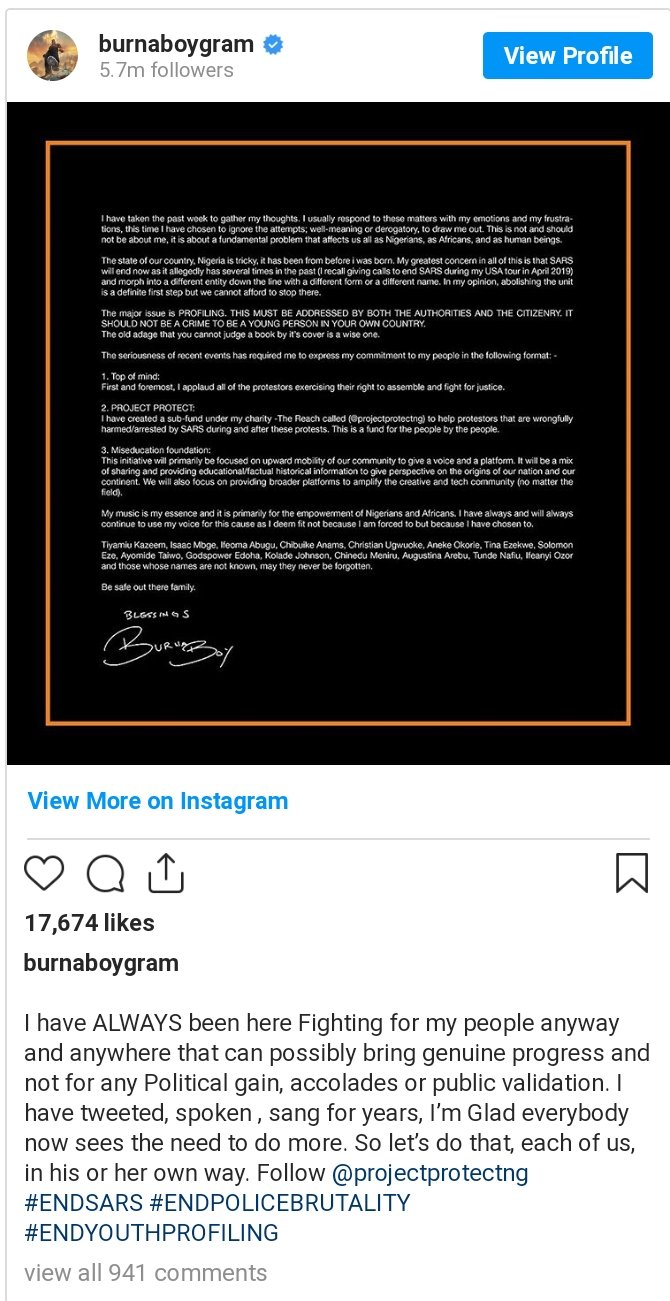