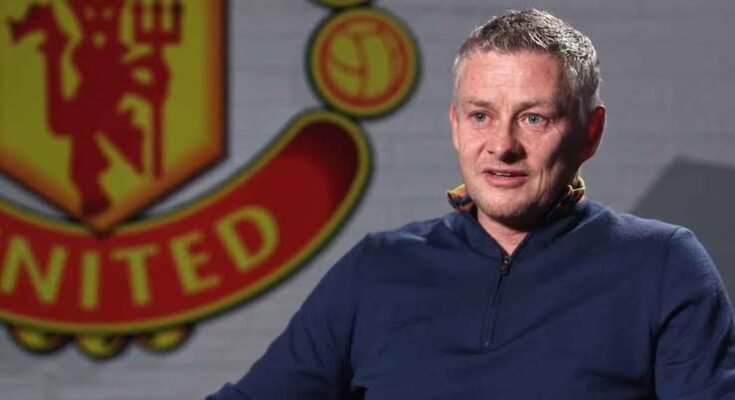 Manchester United took down posters of Ole Gunnar Solskjaer on Wednesday following his exit from the club three days earlier.

Solskjaer was relieved of his position as manager after the team’s 4-1 defeat to Watford, ending his three-year reign at the Premier League side.

Images of Solskjaer were plastered around Old Trafford, but these have now made way for new artwork to be installed.

The former boss left his post after a dreadful run of form, winning just one of his final seven Premier League games in charge.

Solskjaer led Man United to a second-place finish and the Europa League final last term but failed to build on that after investing around £140million in the squad last summer.

However, he remains a legend at the club for his playing career, scoring the winning goal in the Champions League final in 1999.

Man United are now believed to be on the lookout for an interim manager until the end of the season, with rumours linking former Barcelona boss Ernesto Valverde with the role.

The Red Devils are also thought to have interviewed Rudi Garcia, who guided Lyon to the semi-finals of the Champions League in 2019-20.

Watch: ole in tears after sacked by Man United