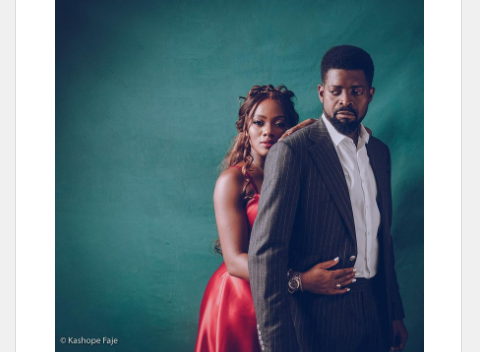 Taking to Instagram to share stunning photos with his wife, the entertainer stated how she gave him a wrong number during their first interaction.

“After you gave me a fake phone number the 1st day I met you, no be 11yrs we don marry so? This life sha, shakara no good sometimes.

Happy Anniversary to you @elsieokpocha thanks for choosing me, thanks for saying yes, thanks for giving me a beautiful home and thank you for being my wife. Love you forever,” Basketmouth wrote.

Highlighting the circumstances of the photoshoot, the comedian noted that the photographer took 63 pictures of them from which Elsie picked only one.

“Fun Fact: We took about 63 pictures but she ended choosing just one…just because I looked finer. Some women sha,” he wrote.