Popular disc jockey DJ Cuppy who recently got a Ferrari car  gift alongside her two sisters Tolani and Temi which is worth millions of naira from their billionaire dad Femi Otedola was a guest on the Youtube Week which was held virtually where she refuted the claims that her dad opened doors for her success. 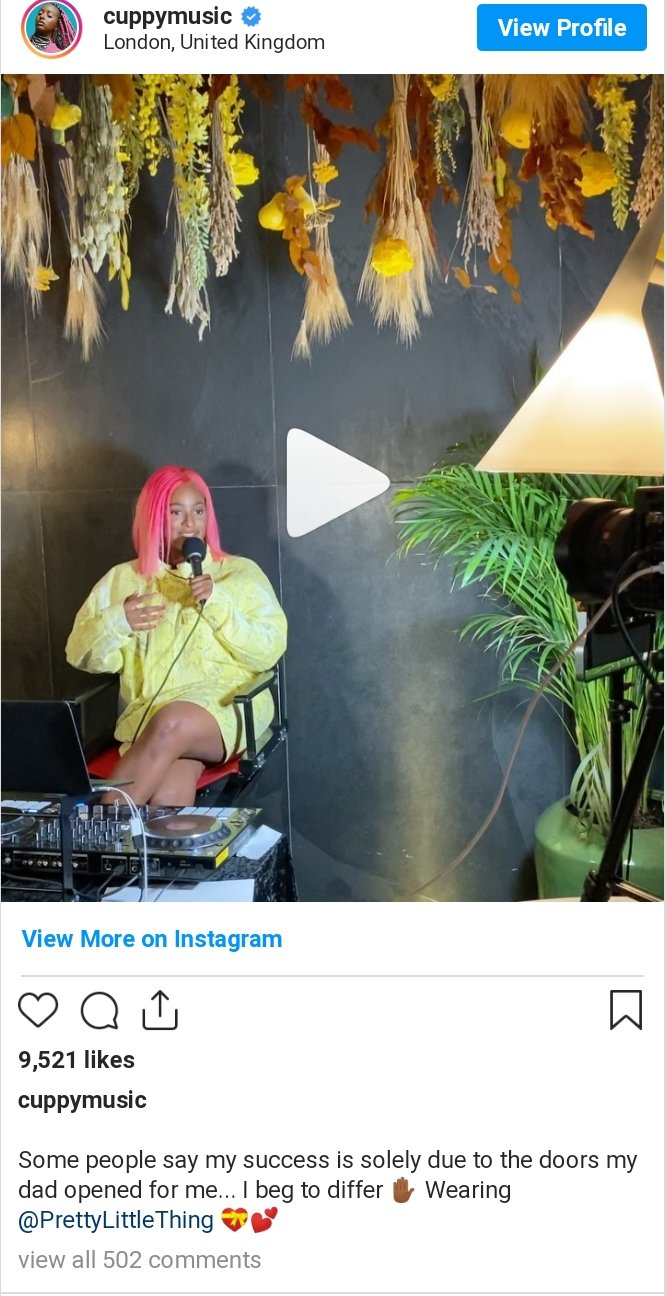 According to the singer, the belief that her dad’s connection gave her prominence in the industry is not entirely true. She disclosed that she had to put in extra efforts to make things work out as she had lost opportunities simply because she didn’t prepare properly for it.

She wrote:  ” Some people say my success is solely due to the doors my dad opened for me… I beg to differ’

Cuppy revealed further that a lot of opportunities came her way but her hard work, determination and business style took her to where she is now adding that getting connections is good, but the preparedness of the job is what matters as well as ones delivery. She concluded that no matter the doors opened for an individual, it is skill and delivery that can keep one in those doors.

2 Comments on “Some People Says My Success Is Solely Due To The Doors My Dad Opened For Me- I Beg To Differ, Says DJ Cuppy ”