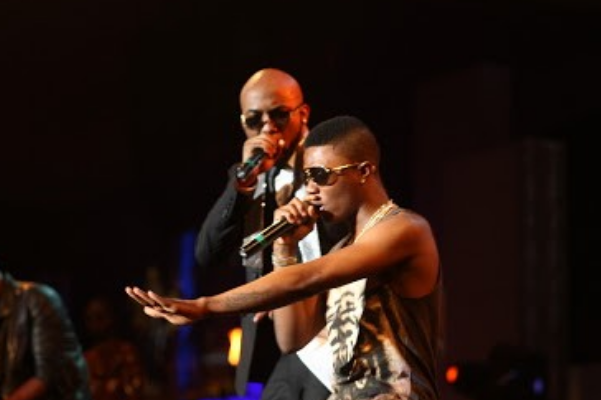 Singer Balogun Ayodeji popularly known as Wizkid recently took to social media to show his appreciation to the men who turned his musical career around for good.

The music star shared a photo of Banky W alongside his friend Tunde Demuren via his Instagram stories to show gratitude and also giving him a platform to showcase his musical talent when he was signed on their record label (Empire Mates Entertainment) EME in 2009. 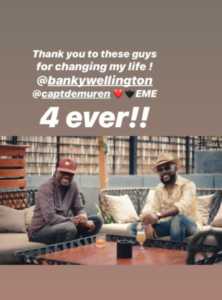 The father of three rose to stardom after releasing Holla at your boy which was well received by music lovers at that time and he has been up to the game ever since. He has received series of award and has done several collaborations with international acts.

The singer who is due to release his new album ‘Made In Lagos’ seems to have gone down memory lane and has seen how far he has gone in his musical career, he therefore expressed gratitude to the men involved stating that they changed his life forever.

Responding to him, Banky W took to his Instagram story to react to Wizkid’s appreciation. 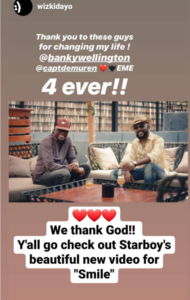 The musician also dedicated his soon-to-be-released album to his three sons, Bolu, Ayo, and Zion.