Social media has been left in awe since the announcement of the brand new luxury cars which billionaire businessman Femi Otedola gifted his three daughters.

The news however has been trending on various news platform as Nigerians, fans as well as celebrities has since been reacting to the news shared by Cuppy.

Many Nigerians reacted to the news and congratulatory messages have flooded their timeline while some even rebuked poverty in their life stressing that money is good.

However, some Nigerian men have jokingly seized the opportunity to profess love to the sisters.

A Twitter user called Kene asked a question on who is dating DJ Cuppy and Tolani.

DJ Cuppy replied Kene and according to her, she and Tolani are single, adding a laughing emoji to her response. 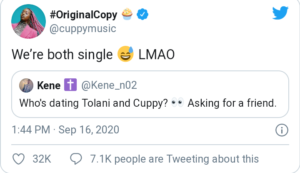 As soon as she answered that she and her sister are single, Nigerian men hilariously reacted to it as they proposed marriage to her. 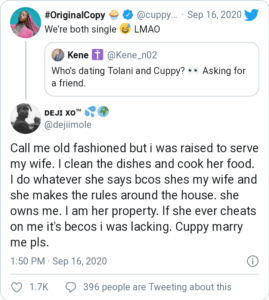 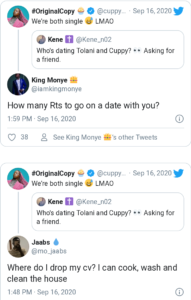 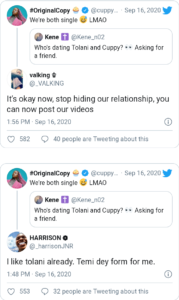 One Comment on “After Receiving Car Gifts From Billionaire Father, Otedola Sisters Get Marriage Proposal”