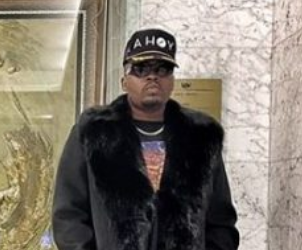 The music star took to his Instagram page to reveal that he was able to listen to Davido’s forthcoming album ‘A Better Time’ which features Tiwa Savage, American rapper Nicki Minaj and other prominent acts. He revealed further that he listened to some tracks and some unreleased videos and it is loaded with bangers.

He wrote further that he is greatful for life as he is able to witness cool songs like that of Davido. 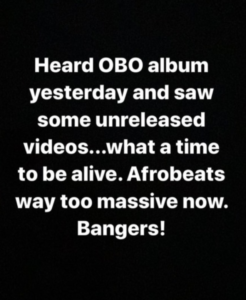 He wrote:“Heard OBO album yesterday and saw some unreleased videos..what at a time to be alive. Afrobeats way too massive now. Bangers.”