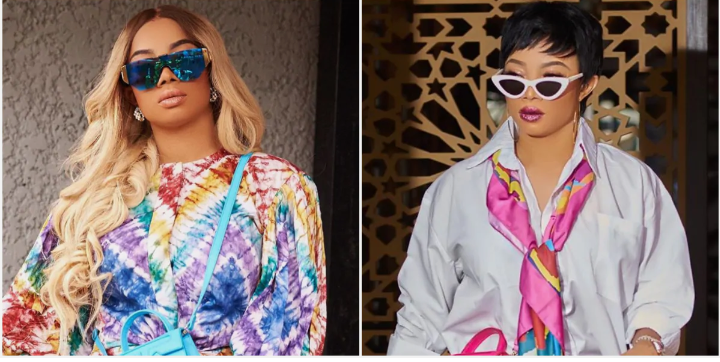 Celebrities around the world are often seen as role models by their fans and followers and this has gotten some of them disappointed when they discover their celebrity model is not who they assume them to be.
Recently, celebrities have also started speaking up about fans making them their role model as it is no longer convenient for them anymore because their actions are being monitored and they don’t want to end up disappointing anyone looking up to them.
Popular Nigerian OAP Toke Makinwa has also spoken up regarding the issue that no one should pressure her into becoming their role model as she is still a work in progress. 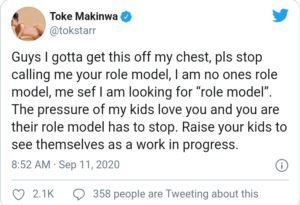 Read: Timaya was once a gigolo – Four things you didn’t know about ‘Dem Mama’ crooner
The screen goddess took to her Twitter page to tell her followers to stop calling her their role model as she is still figuring out her life and will end up disappointing them. She further advised parents to raise their kids to see themselves as a work in progress. 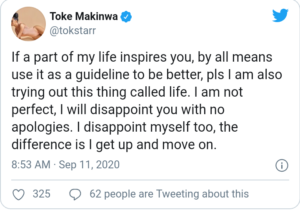 The media girl also stated that she will disappoint people who see her as a role model without apologies as she is also trying to figure out life itself and if there is a part of her life that is inspiring to people, it can be used as a guideline. 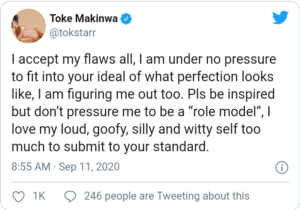 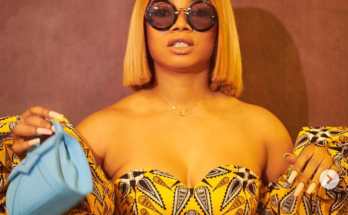