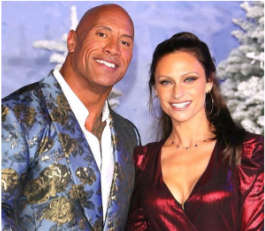 Hollywood actor Dwayne ‘The Rock’ Johnson has dedicated love messages to his wife as she turns a year older.

The former wrestler’s wife Lauren added a year to her age on September 9, 2020 and he was celebrated by her super star husband through a romantic birthday message posted on his social media account via Instagram.

In his message, the actor announced to the world that Hashian is the most beautiful and best human he has ever come across and he stressed that his wife is the fuel that powers his machine.

The star shared a photo of them flexing themselves in a studio followed by the caption; 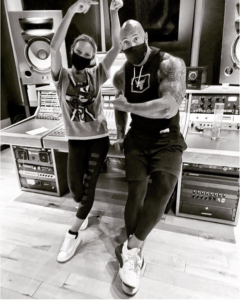 “She was a fast machine, she kept her motor clean. She was the best woman that I ever seen. Happiest of birthdays to my one of a kind woman Lauren Hashian who holds it all down and makes our ‘big engine run’, with a beautiful and inspiring quality, a sweet harmony and lots of love. I am a grateful man. Happy Birthday, baby and tequila’s on me #f22,”

Rock’s message touched many people online who lauded him for being such a romantic guy.