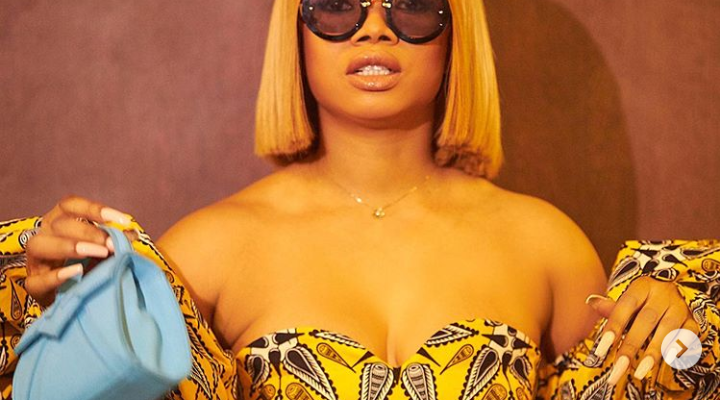 Popular Nigerian OAP, Toke Makinwa recently shared her experience on how she was able to move on after the separation with her ex-husband Maje Ayida.

The media personality shared her story after a fan reached out to her for an advice on how she was able to deal with the aftermath of her divorce. 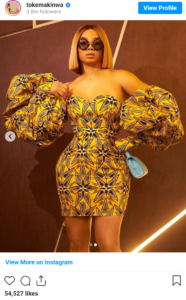 The fan who is identified as Prettypruddy asked Toke how she survived divorce. Responding to the question on social media, she said that she took things one at a time. She went on to reveal that there were good and bad days and also assured the fan that she would smile again.

In her words: “I took it one day at a time hun, had good days, bad days, the dark cloud won’t last forever. I promise you’ll smile again.” 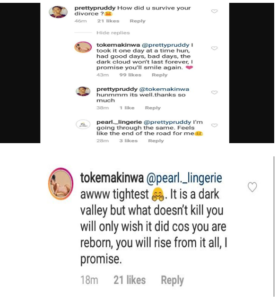 She further consoled another follower who was in the same situation, saying:

“It is a dark valley but what doesn’t kill you will only wish it did cos you’re reborn. You will rise from it all, I promise.”

Toke Makinwa was married to Maje Ayida, but they divorced shortly after due to claims of serial cheating on the part of her husband. 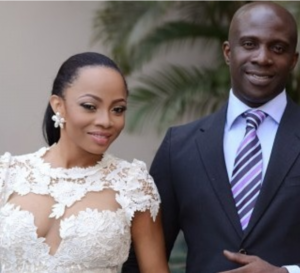 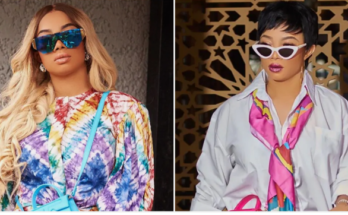