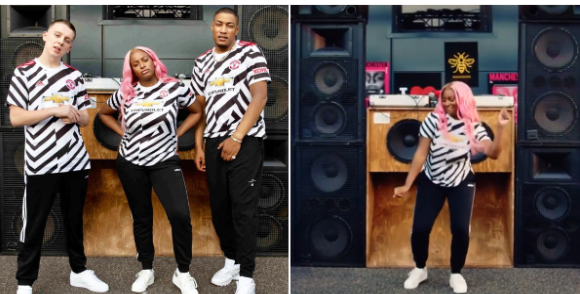 Billionaire’s daughter Florence Otedola popularly known as DJ Cuppy has recently shared some exciting news with her fans and followers.

Curious fans quickly took up the task and did what the entertainer asked so as to get the exciting news which she promised.

DJ Cuppy eventually disclosed the piece of information after getting what she wanted. She revealed that she scored a spot in the latest jersey campaign for her new football club, Manchester United 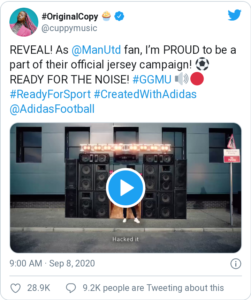 “REVEAL! As @ManUtd fan, I’m PROUD to be a part of their official jersey campaign! READY FOR THE NOISE!” Cuppy wrote.

The DJ also posted a video of the commercial on her page. In the clip, Cuppy was seen rocking the latest jersey from the football club as she rendered her lines.

“When cuppy denounced arsenal people with a low frame of IQ start throwing shades on her I learned something from her you just have to move so new things will locate you arsenal fans please support our girl she is doing well making us proud am a Chelsea fan but cuppy in my DNA,” one fan wrote. 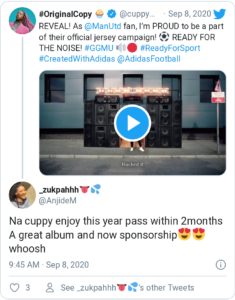 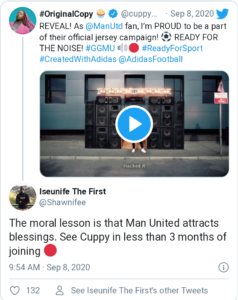 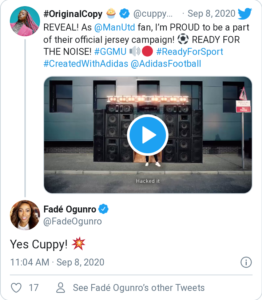 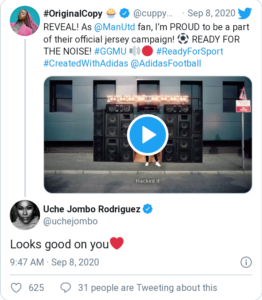 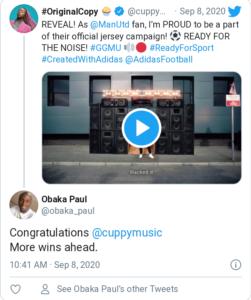