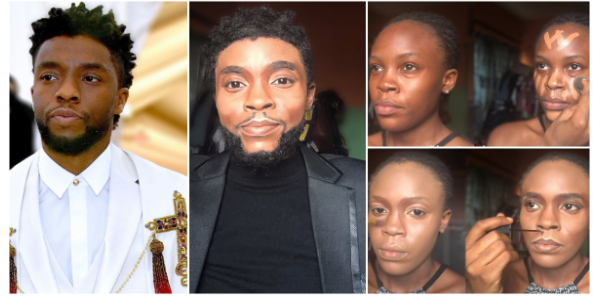 It’s been days since the news of Hollywood actor Chadwick Boseman broke on the internet and it seems fans of the Black Panther star have not gotten over him as tributes are still rolling in for him.

Recently, a Nigerian lady known as Jane Richard joined millions of people of Twitter to pay tribute to the late actor.

Jane however left the internet community in awe with the work of art which was dedicated to the Black Panther star.

The lady transformed her face to look exactly like that of Boseman. Without much speculations, the lady in question happens to be a make up artist. 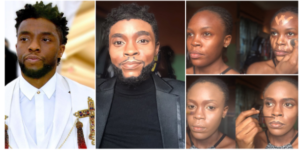 The make up artist flooded her timeline on Twitter with photos that showed different stages of the transformation.

Fans Congratulate Rapper Jesse Jagz As He Ties The Knot

Many Nigerians who came across the post were completely taken by the amazing transformation that Richard was able to achieve with the use of makeup.

The news of Boseman’s death broke on August 29, 2020 and it was reported that he died after a long battle with colon cancer. 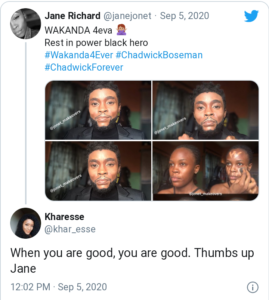 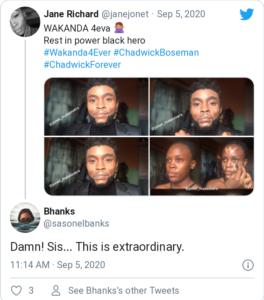 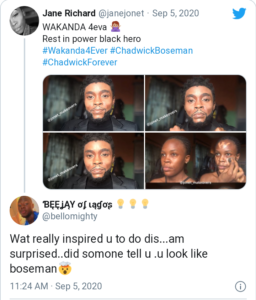 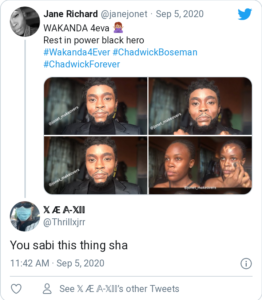 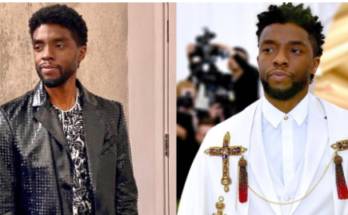 Chadwick Boseman Wanted To Film Black Panther 2 Before His Demise 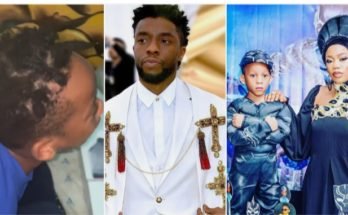