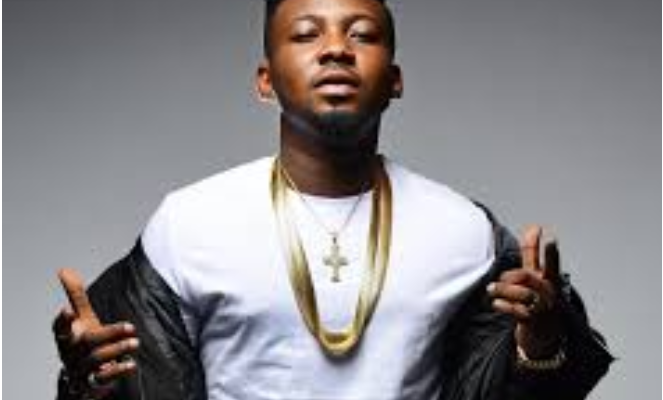 Mother of popular singer, Mystro has called out his manager Bankuli over the Maltreatment her son receives from him.

According to Mrs. Ajoke Ajayi, Mystro’s mother she revealed to Lagos Street Journal that despite the fame her son has achieved due to his hard work and creativity as a music producer and an artiste, he still lives a life far below his talent.

She revealed that her son’s manager Bankuli has enslaved her son and it’s so bad that he begs him for money.

“To me, It’s a modern day slavery. My son is working and Bankuli is getting all his money. He is always promising him. My son has no access to all his catalogues on-line. He opens account in his name and collects royalties.”

Speaking further, Mrs Ajayi said that after listening to her son’s music which became a hit, she believed he has started making money just like others and he can start assisting the family but it’s so sad that Mystro was living from hand to mouth.

“When everyone started talking about Segun (Mystro) and his music which has Wizkid (Immediately). I think he will be having money and not complain as he used to do. I went to visit him in Lagos. When I got there, I realized he is still finding it difficult to live good Life. Infact, he couldn’t afford to buy fuel in the generator.

That’s when I asked him what’s wrong. He mentioned Bankuli as the person who has been holding him down. He says he’s been working Bankuli has been collecting the money and giving him only food money. Fortunately, as Segun was talking to me, Bankuli called him. He picked the call and I requested to speak with him.

He said Mummy, your son is getting popular. His song is everywhere. I said yes I know but, he is poor. He can’t feed and what’s the benefit of a popular song without money. He then sent in some money to Segun. Since then, I didn’t stop praying for Segun because the spirit continues to inform me that, my son is in bondage and I can only free him with the power of prayers.”

Mrs. Ajoke said both started fighting when she started the prayers. “My son stopped picking his calls. For many days when he could not reach him, he then called me. He said my son has not been picking his calls for days. I told him why will he pick his call? I said he is not benefiting from their working relationship.

I said why is he the one traveling all over the world and the singer of the song is starving in Nigeria. He didn’t answer me. He said if Segun refused to come back to him, he (Segun) will return to the village. That he will kill his career. That’s when I confronted him in Jesus name. I need people to help me. My son has requested for his catalogue and he is refusing to release them.

The last job that brought the duo together was K1’s ‘Fuji The Sound’. The album was produced by Mystro and it took the intervention of King Wasiu Ayinde himself for Mystro to be paid on the project. Mrs Ajoke is calling on Nigerians and music stakeholders to help plead with Bankuli to release her son’s catalogue.