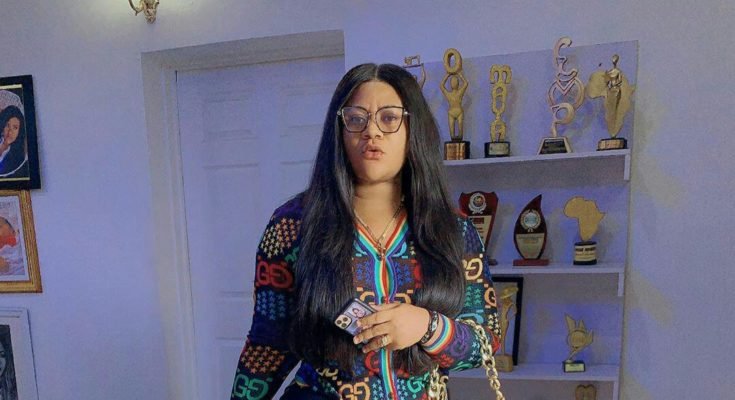 The movie star took to her social media page to canvass for voted for the housemate and also condemns those who criticize him for his looks.

Despite being one of the most respected housemates as a result of his intellect, there have been some controversies around him. And this is due to his friendship with fellow housemate Erica.

Both housemates have been friends before things went out of hand and Erica noted that she was not attracted to him which made her fans on social media say that Laycon is not her type while others didn’t agree with this statement.

Actress Blessing is one of the people who believe that Laycon looks good. According to her, the same God who created everyone that people consider beautiful also created the BBNaija housemate.

She stated further that a lot of people have talked down on the housemate but he deserves to be with other housemates and also win. She noted that it is Laycon or no one and that if Efe Ejeba could win BBNaija in 2018, she prayed to God to show Mercy on her favourite housemate as well.

3 Comments on “BBNaija 2020: Actress Nkechi Blessing Drums Support For Laycon, Condemns Those Who Bodyshame Him”