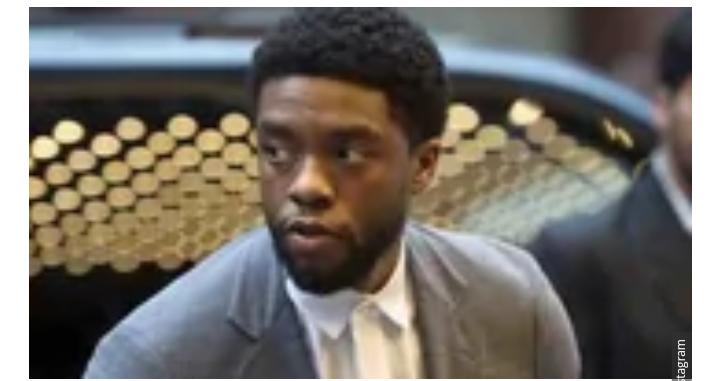 This was revealed in a statement released by his family that the actor has been battling colon cancer since 2016 and died in his home with his family by his side.

“Chadwick was diagnosed with stage III colon cancer in 2016, and battled with it these last four years as it progressed to stage IV,” a statement posted on the actor’s Twitter account said.

Part of the statement also revealed that the actor was battling cancer while he filmed some of the biggest movies of his career.

“As a true fighter, Chadwick preserved through it all, and brought you many films you have come to love so much,” the statement also said. 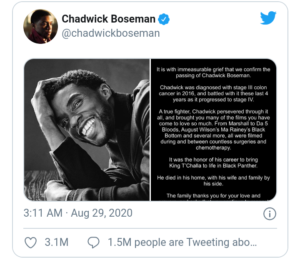 The actor got his first television role in 2003 in an episode of crime drama series Third Watch while his first starring role came a decade later in the 2013 film 42, in which he played baseball icon and star Jackie Robinson.

Before headlining the popular Black Panther flick which shot him to added prominence in 2018, the South Carolina-born actor started portraying the Marvel Comics Character T’Challa, the Black Panther.