Skip to content
There’s an ongoing war between Ghana and Nigeria on Twitter right now and it’s all because of Music star Wizkid.
The streets Nigerian Twitter is a scary place you wouldn’t want to ever face, you need to be prepared because Nigerians spend the entire day trolling whoever that catches their fancy and if you are so lucky to be caught in the web, you will have a story to tell after the encounter.
The worse is when you attack a national treasure like Wizkid and expect to go scot free. You don’t only get lashed from Nigeria as a whole but from the iconic Wizkid FC who don’t joke with the music star, and always stand for him come what may.
The conversation started when a fan page stated that Shatta Wale is a bigger artiste than Wizkid. This came up because Beyonce used Shatta Wale’s image to promote her “The Gift Album” and also released a video with him.
Wizkid FC came out with full force as expected to defend their own, they slammed the Ghanaians so hard and by the time this is over, some people might have to watch out before posting on Twitter.
See some comments below: 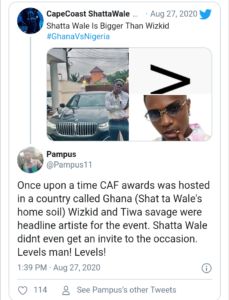 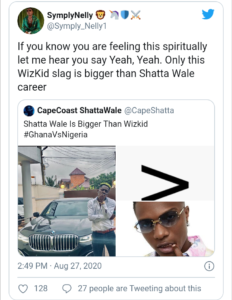 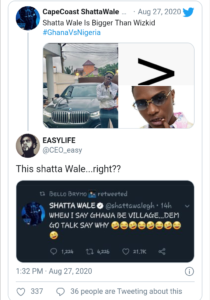 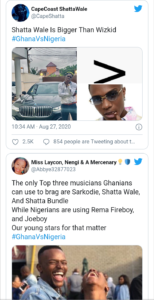 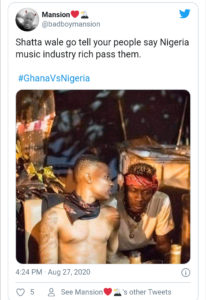 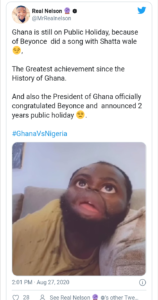 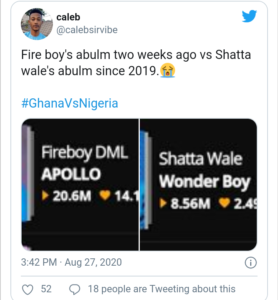 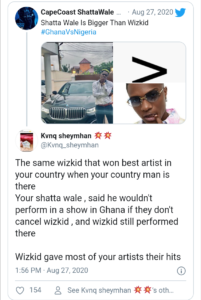 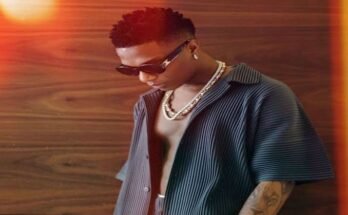 One Comment on “Who Is The Bigger Artiste Between Wizkid And Shatta Wale?”