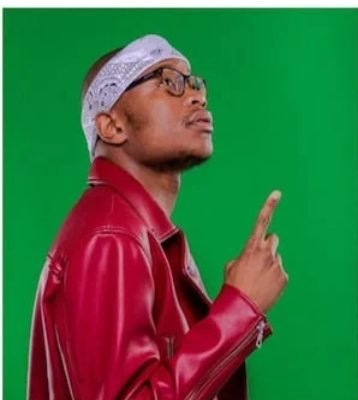 Singer, Master KG has taken to social media to share with his fans and followers that Jerusalema has hit 100 million views in eight months.

The song became a global dance sensation and also kept the world dancing the COVID- 19 blues away.

Master KG featured Nomcebo and are both officially named as young ambassadors for the country by the Department of Arts, Sports and Culture.

The singer took to his Twitter and thanked everyone for choosing his song during the Covid- 19 lockdown.

“When JESUS says yes nobody can’t. 100 Million views, thank you world, from Master KG & Nomcebo from South Africa.” he tweeted 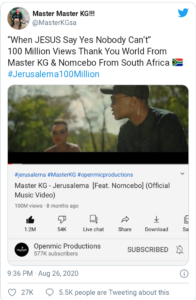 Comments trooped in to congratulate the singer on this new development.

“I’ve just viewed the video on my other phone to make it 101M views.”@aey_dear wrote:

“Master Master KG!!! Grew on me because of this song. Congrats bro. Nwane t’amos!”

He’s definitely one of the best we have in Mzantsi.”

“Well done Master KG you deserve it… Next challenge is 200M views.”