Seun Kuti, just like his father Fela Anikulapo Kuti is very vocal about getting justice for Africans and does not keep mute when he sees any social issue that needs urgent attention.

The singer took to his Instagram page to share that the whites used technology to steal from Africans. According to him, they have succeeded in making Africans think that they never invented anything meanwhile, Africans who invented we’re barred from receiving patents until after the 1930s and were made to give up the ideas for little change at the end. 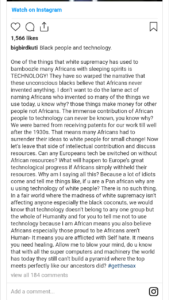 In his words: “Black people and technology. One of the things that white supremacy has used to bamboozle many Africans with sleeping spirits is TECHNOLOGY! They have so warped the narrative that these unconscious blacks believe that Africans never invented anything. I don’t want to do the lame act of naming Africans who invented so many of the things we use today, u know why? those things make money for other people not Africans. The immense contribution of African people to technology can never be known, you know why? We were barred from receiving patents for our work till well after the 1930s.

That means many Africans had to surrender their ideas to white people for small change! Now let’s leave that side of intellectual contribution and discuss resources. Can any Europeans tech be switched on without African resources? What will happen to Europe’s great technological progress if Africans simply withheld their resources. Why am I saying all this? Because a lot of idiots come and tell me things like, if u are a Pan african why are u using technology of white people?

There is no such thing. In a fair world where the madness of white supremacy isn’t affecting anyone especially the black coconuts, we would know that technology doesn’t belong to any one group but the whole of Humanity and for you to tell me not to use technology because I am African means you also believe Africans especially those proud to be Africans aren’t Human- It means you are afflicted with Self hate. It means you need healing. Allow me to blow your mind, do u know that with all the super computers and machinery the world has today they still can’t build a pyramid where the top meets perfectly like our ancestors did? #getthesax 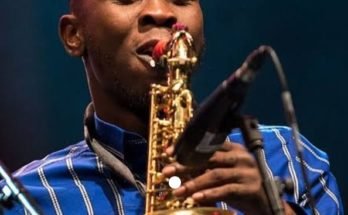