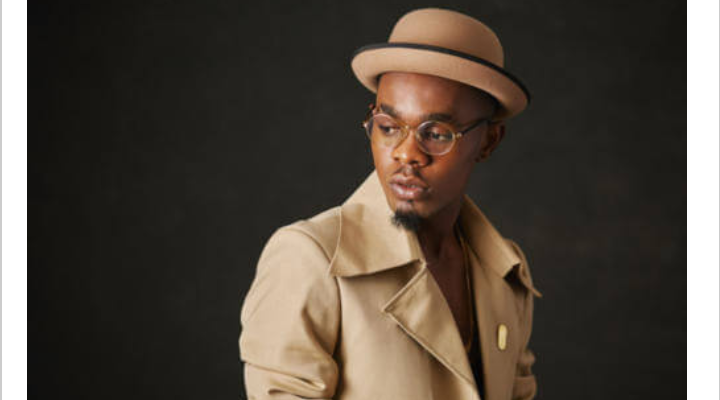 Sensational singer, Patoraking has unveiled the Tracklist for his third album titled ‘Three’ which will be officially out by August 28, 2020.

The singer took to his Instagram page to share this piece of information to his fans and followers who have been expecting something new from him.

The forthcoming album includes the likes of Tiwa Savage, Sauti Sol and King Promise and according to him, the album talks about his journey in the industry from the release of his hit track ‘Alubarika’ to the man who he is today. 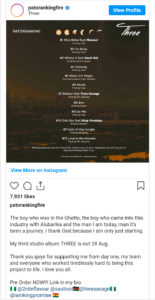 He wrote: “The boy who was in the Ghetto, the boy who came into this industry with Alubarika and the man I am today, man it’s been a journey. I thank God because I am only just starting. My third studio album THREE is out 28 Aug. Thank you guys for supporting me from day one, my team and everyone who worked tiredlessly hard to bring this project to life. I love you all.”