The sixth eviction from BBNaija’s house was held on Sunday August 23, 2020.

Following the votes of the housemates, Praise was evicted from the show and this has caused a stir among Twitter users.

Here are some of the reactions on Twitter following Praise’s eviction from the house. 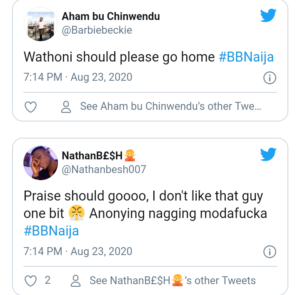 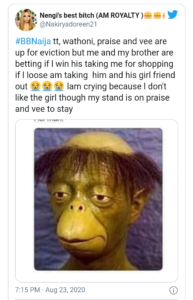