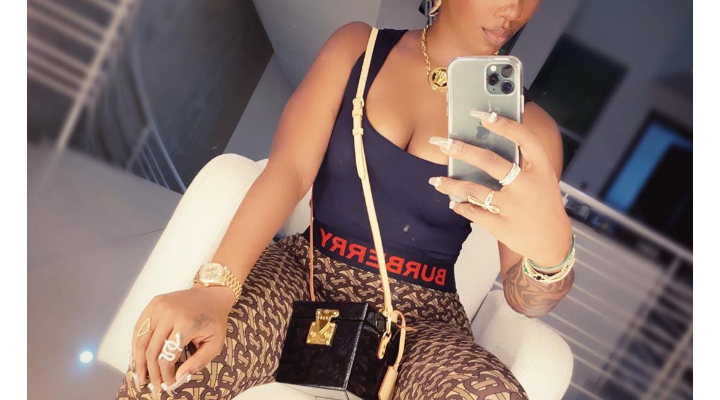 Nigerian singer, Tiwa Savage is undeniablely one of the best female artiste we have in Nigeria.

Her new jam, Koroba is making waves as it has left many humming and dancing to the song. The singer left her fans and followers excited after she shared some photos from the music video shoot for the song. 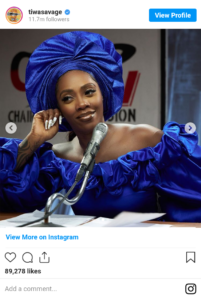 The screen diva was seen dressed like a southern bride and as well as a northern woman in the photos respectively. 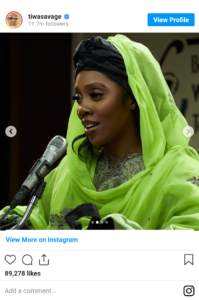 Tiwa who has also released the tracklist for her new album announced that the album Celia, will be released on Friday, August 28, 2020.

Sharing the photos, she captioned: “Koroba video looks. Celia out 28th of August, pre-add link in my bio”. 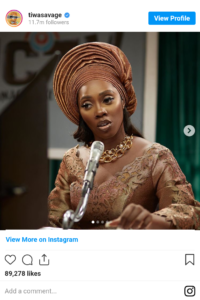 Celia is a 12-track album and will feature the likes of Naira Marley, Sam Smith, Davido, Stefflon, Dice Ailes and Hamzaa.