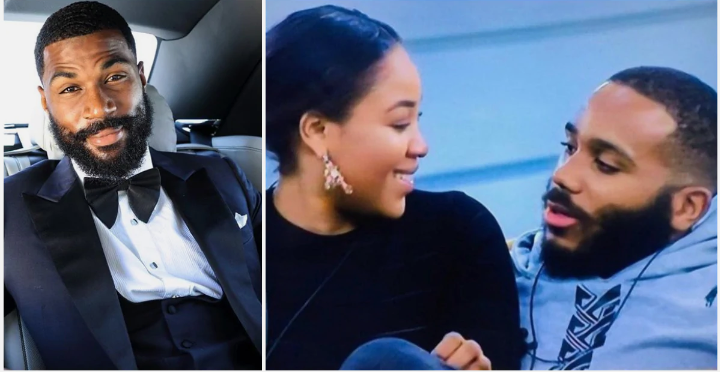 Ever since the BBNaija 2020 started, viewers of the show has taken to various social media to show support for their favourite housemates.
While everyone was busy looking out for their favourites in the house, one of the 2019 BBNaija Pepper Dem housemate Mike Edwards has revealed that Erica and Kiddwaya look cute together.

Although the former housemate didn’t disclose that they are his preferred housemates, he only took to social media to share how he feels about the lovebirds.
As usual, Nigerians took to his comment section to react to his tweet. Both fans of the housemates and those who just like their relationship had something to say about Mike’s tweet.
Read some comments below: 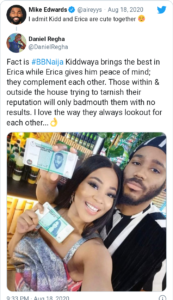 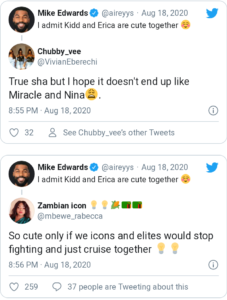 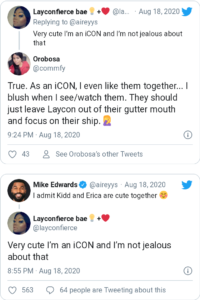